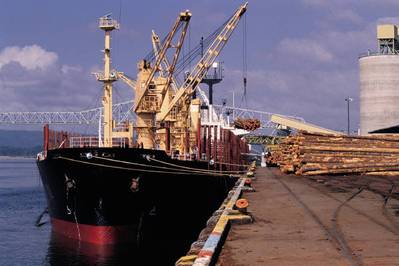 Vessel operating costs are expected to rise by 3.2 per cent in 2010 and by 3.5 per cent in 2011, with crew costs identified as the category most likely to produce the highest levels of increase, according to a new survey by international accountant and shipping consultant Moore Stephens.

The survey is based on responses from key players in the international shipping industry, predominantly ship owners and managers in Europe and Asia. And those responses revealed an overall expectation that crew costs would rise by 2.7 per cent in 2010 and by 3.0 per cent in 2011. “It’s all about crew,” noted one respondent. “With fewer experienced crew available for worldwide fleet expansion, labour costs will rise”. Another commented, “In order to keep the present pool of seafarers and improve performance, we will need to look at increases in wages and other benefits for seafarers so that they are attracted to work on board, rather than take up lucrative jobs ashore.”

Respondents also expressed concern over rising insurance costs. “The dark horse is insurance costs,” remarked one respondent, “due to the fact that ordinary planned maintenance in many cases will be either reduced or ignored as vessel income cannot finance the costs, and banks will not provide or extend credit lines. More incidents will be reported to insurers, with a consequential increase in premiums.”

Moore Stephens shipping partner Richard Greiner says, “Ship operating costs have been running at increasingly high levels in recent years but our OpCost benchmarking tool shows that, in 2009, total annual operating costs fell – for the first time in eight years - across all the main ship types by an average of 2.0 per cent. It is no surprise now to find that the industry is expecting costs to increase this year and next, nor to learn that crew costs are likely to lead the way in this regard. But it does seem that some of the volatility of recent years has gone out of ship operating costs, and that is good news for shipping. Any repeat of the huge increases recorded in recent years would be unsustainable in the current economic climate.”

Moore Stephens LLP is noted for a number of industry specialisations and is widely acknowledged as a leading shipping and insurance adviser.  Moore Stephens LLP is a member firm of Moore Stephens International Limited, one of the world's leading accounting and consulting associations, with 630 offices of independent member firms in 98 countries, employing 20,864 people and generating revenues in 2009 of $2,078 million.

Some TWICs Won’t Work in Readers