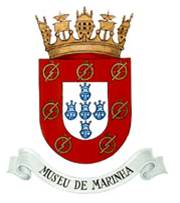 Museu de Marinha is located in the Belém District of Lisbon, near the banks of the Tagus River (Rio Tejo).  Administered by the Portuguese Navy, the small museum focuses on the nation’s rich maritime history.  Prince Henry the Navigator (1394-1460) encouraged development of the ocean-going caravel and the exploration of the West African coast.  Vasco de Gama and other navigators established Portuguese outposts in India, Brazil, and the Spice Islands.  Prince Henry, Vasco de Gama, and other significant figures in Portuguese maritime history are remembered in the Monument to the Discoveries, located in the bank of the Tagus just downriver from the museum.  Detailed models of caravels and other early Portuguese vessels are on display in the museum, along with navigational equipment and charts.  Models of significant Portuguese naval and commercial vessels are also on display, including a large detailed model of the cruise ship Santa Maria, which was hijacked by Portuguese rebels in the Caribbean Sea on 22 January 1961, with the loss of one life.  The hijackers surrendered the ship to Brazilian authorities ten days later.  The museum also houses approximately 60,000 historical paintings and other maritime images, as well as over 1,500 plans and drawings of Portuguese vessels.  The collection of Portuguese maritime history was begun by King Luis I in 1863.  The current facility was opened on 15 August 1962 in the western wing of the Jerónimos Monastery.

Making Self Study an Explicit Part of All Maritime Training

Security cost is the legacy of September 11