OGX currently has concession rights or a participating interest, in five exploration blocks in the Santos Basin, covering a total acreage over 1,000 km² (247,105 acres), of which four were acquired in the ANP’s ninth bidding round.
Four blocks are 100% owned and will be operated by OGX  (BM-S-56,  BM-S-57, BM-S-58 and BM-S-59), and in one, that was acquired through a farm-in agreement the company 65% participation.
In the Campos Basin the company currently has concession rights to seven exploration blocks, comprising a total acreage of 1,177 km² (290,843 acres), in the Southern part of Campos Basin, which is considered to be one of the most potentially prolific oil regions in Brazil.
Five of these concessions (BM-C-39, BM-C-40, BM-C-41, BM-C-42, BM-C-43) are also 100% owned and will be operated by OGX, while at the other two (BM-C-37, BM-C-38) OGX has 50% and Maersk 50% and will be operated by Maersk.
GE O&G has been awarded a contract of more than US$11 million, to supply four VetcoGray subsea wellhead systems and running tool rentals to OGX.
This is the second order to be received by GE O&G under a four-year frame agreement with OGX signed in December 2008 and the order includes the first two VetcoGray MS-800 subsea wellhead systems to be delivered in Brazil, plus two VetcoGray MS-700 systems. All the wellhead systems will be installed in Campos and Santos Basins.
All together OGX has the exploration rights for 22 high-potential offshore blocks for a four-year exploratory drilling campaign that could include up to 51 wells in the Campos, Espírito Santo and Pará-Maranhão Basins.
“The latest order with OGX marks a major milestone for our new VetcoGray MS-800 subsea wellhead technology,” said Fernando Martins, Vice President, Latin America Region for GE Oil & Gas.
“These systems will provide OGX with greater flexibility in terms of casing programs for their deeper wells in Santos Basin. In addition, some of the components and tools used for MS-800 systems also can be used for the MS-700 systems, providing additional resources for OGX’s drilling projects. We are hopeful that the current order will lead to more opportunities for our MS-800 technology as OGX moves forward with its massive exploratory campaign”.
The wellheads will be manufactured at VetcoGray's Jandira Plant located in São Paulo and the casing strings package will be fabricated at the service center located in Macaé, in Rio de Janeiro.

The the first exploratory well drilled in the BM-C-43 block in shallow waters at the Campos Basin, has been estimated to contain recoverable oil volumes between 500 Million and 1.5 Billion Barrels.
OGX announced a few days ago (16/11), the discovery of oil in an exploratory well located in the BM-C-41 block, also in the shallow waters of the Campos Basin. The volume of recoverable oil in these reservoirs is estimated between 400 and 500 million barrels.
“As expected, we have identified additional layers containing oil in the OGX-2A well,confirming the significant potential of the area. The drilling is still in progress, as there are other important, deeper objectives to be achieved beyond those already announced,” commented Paulo Mendonça, General Executive Officer of OGX.
The well is situated approximately 77 km off the coast of the state of Rio de Janeiro, at a water depth of approximately 130 meters.
OGX has already secured long-term contracts with four semi-submersible drilling rigs, and chartered of six PSV´s and two helicopters for logistical support and the construction of a state-ofthe-art 3D visualization center all part of their strategy to conduct this massive four-year offshore exploratory drilling campaign which has the potential to significantly increase Brazil’s oil discoveries. 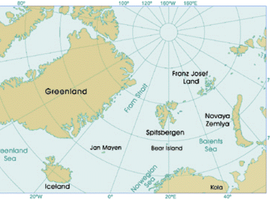 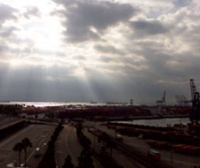