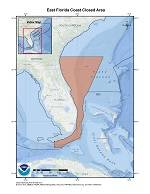 Sargassum is a genus of brown seaweed.  Most sargassum is found in shallow coastal tropical and temperate marine waters.  But there are two species (S. natans and S. fluitans) that have fully adapted to free-floating (planktonic) life, becoming holopelagic – reproducing vegetatively and never attaching to the seafloor.  Most species of sargassum reproduce by producing gametes that, after fertilization, initially develop into zygotes while still attached to the parent.  The zygote becomes a germling, which only then separates from the parent to begin an independent life.  Pelagic sargassum, in contrast, reproduces by the joining of free-floating ova and sperm in the water column.  Pelagic sargassum is found primarily in the western portion of the North Atlantic gyre.  This area has acquired the name the Sargasso Sea, so-named by sailors on early transatlantic voyages who were concerned that the sargassum might become so thick as to halt the vessels in their voyages.  Pelagic sargassum often forms lengthy, but relatively narrow, ribbons in and to the east of the Gulf Stream.  Numerous fish and other marine species congregate in and directly under these sargassum ribbons, creating a unique and rich ecosystem that can extend to a depth of up to 30 feet.  Some years ago, fishermen established a directed fishery that harvested large quantities of pelagic sargassum for use in the feed supplement industry.  This activity significantly reduced the amount of pelagic sargassum and adversely impacted the animals and plants that relied on the ecosystem.  After lengthy studies, the National Marine Fisheries Service (NMFS), established the Pelagic Sargassum Habitat Restricted Area.  Within this area, which constitutes the US South Atlantic Exclusive Economic Zone (EEZ), any vessel that harvests or possesses pelagic sargassum must carry an approved observer and must advise the agency in writing in advance of each planned harvesting trip.  There is a minimum allowable mesh size of four inches for the net and a maximum quota for all persons of 5,000 pounds wet landed weight for the season.  When the quota is reached, the harvest season is closed.