Why has scoring partisan political points become more important than fixing the problem?

I work hard to avoid engaging in what might seem partisan politics (viewing much, but not all politics, as similar to street theater - entertaining and harmless but not to be taken seriously).  After reflection, though, I have come to the conclusion that Governor Bobby Jindal (R-LA) of Louisiana has crossed the line.  Rather than making every reasonable effort to clean up the ongoing oil spill in the Gulf of Mexico and minimize its impact on his state’s residents and ecosystem, he is devoting himself to criticizing the federal response effort and impeding the effectiveness of that response.  He complained loudly that the federal response plan that was in place prior to the spill was inadequate.  Investigation reveals that, while there was room for improvement in the federal plan, the counterpart Louisiana state plan was incomplete and wholly inadequate.  He proposed strapping vacuum trucks onto freight barges so as to suck oil from coastal waters.  When the project got delayed, he blamed the US Coast Guard for strictly enforcing detailed regulations to intentionally block the project.  It turns out that the barge owners/operators had requested the Coast Guard to examine the barges, because they had some concerns about the safety of the approach insisted upon by the Governor.  The Coast Guard made some recommendations.  The delay was the result of the barge owners/operators adoption of those recommendations.  When a reporter from CBS News asked Governor Jindal why he had activated only 1,100 of the 6,000 National Guard troops authorized by President Obama, he blamed federal requirements that detailed job descriptions be provided for each soldier activated.  CBS News later reported that there is no such federal requirement.  Unfortunately, these are just a few examples of how partisan politics have impeded what should be a unified effort to address one of the most destructive events in recent US history, and Governor Jindal is not the only partisan.  Let us get the spill stopped and the oil cleaned up first and argue about the distribution of credit and blame afterwards. 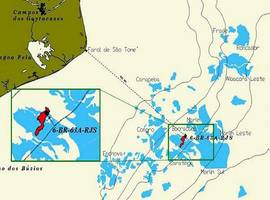 Where Do Ports Fit in California's Environmental Regulatory Vision?