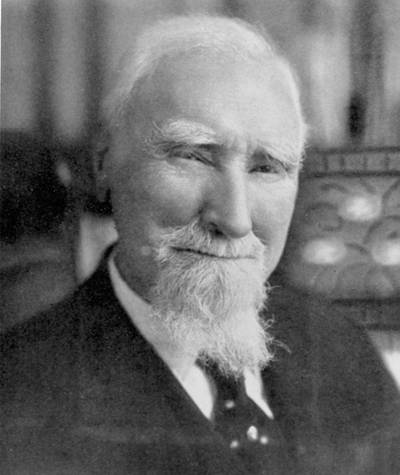 Robert Dollar (1844-1932) was born in Scotland.  His family immigrated to Canada when he was young.  After learning the lumber business from logging to accounting, he moved first to Michigan and then to California, where he prospered.  Soon, he acquired lumber interests up and down the West Coast.  He acquired his first ship in 1895 for use in moving his lumber from the Pacific Northwest to markets in California.  He soon acquired more ships and founded the Dollar Steamship Company, headquartered in San Francisco.  His fleet plied waters of the Pacific, from the United States and Canada to Japan and China.  In 1922, he acquired the American Mail Line and, in 1923, the Pacific Mail Steamship Line (previously the Grace Line).  In 1923, he also purchased from the US Government the seven “President” ships, inaugurating round-the-world passenger service.  By the time he died in 1932, his companies had investments on the West Coast, the East Coast, the Great Lakes, the Far East, North Africa, and Europe.  He was one of the wealthiest men in America.  He was also a philanthropist, donating large amounts to orphanages, seminaries, and civic groups.  His son, Robert Stanley Dollar, took over the business following Mr. Dollar’s death at age 88.  The Great Depression stifled trade and US shipping companies were going bankrupt.  The US Shipping Board engineered the merger of several, including the Dollar Line, into the United States Line, headed by Robert Stanley Dollar.  The United States Line eventually became the American President Line (APL).