Though the Manila Amendments to the STCW and MLC, 2006 seeks to bring in consistency and rationality in seafaring and shipping in order to serve better the cause of safety of life at sea, maritime security and protection of environment, yet strangely some stakeholders are viewing it with concern as they fear it will impose heavy liability and responsibility on them. To help savor the enormous advantages and versatility these amendments can provide to shipping, manning and other service providers, the Marshall Island Registry through their interactive seminar held this morning sought to put at rest all doubts and assist stakeholders to reposition their operations for greater effectiveness.

As Capt. Robert Fay, Senior Vice President Maritime Operations (IRI Reston) observed that no shipping company has the time and resources to keep on the top of all regulations and requirements coming in so fast. As a result the Marshall Islands Registry has embarked on a proactive role to guide and assist ship owners make up for this. “Marshall Island was the first to implement and meet all the MLC requirements,” he said. “It is therefore important to choose the right registry to avoid port state detentions.”

“All amendments required to be made to the Merchant Shipping Act are ready and waiting approval,” confirmed Capt M. C. Yadav, Director (FOSMA). These among others he said were related to the Implementation and Enforcement Responsibilities and Minimum Requirements for seafarers to work on a ship. However, he pointed out that even though the ratification of the conventions by India will take time, Indian ships entering other port states where ratification has taken place, could get detained if they fail to comply with the requirements. He cited a number of issues that Indian ship owners could face till such time India ratifies the conventions. He said that ship owners will continue to face number problems, including acquiring ship from abroad or finding buyers for their ships from port states which have ratified the conventions, etc.

Capt M. M. Saggi, Nautical Advisor to the Government of India anticipated the MLC getting ratified by 2013 and expected the Indian administration’s regulations to be in place too by then. “The biggest worry is finding placement for the 9,000 trainee officers graduating each year because there were not enough training slots for them. There is a need to increase the supply in the market so that one can pick and choose.”

According to Capt Sanjay Maini, Country Head, Country Head – India (IRI Mumbai) reliable ship owners were already complying with the new regulations. “There is no cause for any seafarer to complain and have the ship detained,” he said. “Nothing is going to change for ship owners as such. It is the fly-by-night operators who will suffer. These regulations will benefit both the ship owners and seafarers.”

It was noted that Indian ship owners are taking time to implement. A spokesman from the registry pointed out that the Merchant Shipping Act is so elaborate that it already takes care of the requirements of seafarers. “I see officials taking out parts of the clauses from the Merchant Shipping Act and making a law out of it when actually it already exists,” he observed. “But the Indian bureaucracy will take its own time. 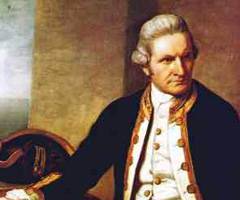 Talking With the Experts About Maritime Safety Culture - What is it And How to Improve It?