The all-electric intelligent completion system has evolved for deep and ultra deepwater. When the world's first all-electric intelligent completion was installed in a subsea deepwater well in the Campos Basin, it was the culmination of five years of development, testing and trials. System acceptance was mild, but with the improvements that have been made and the vital role this system will have in ultra deepwater plays, its future looks very bright.

On Aug. 3, 2003, the world's first subsea, deepwater, all-electric intelligent completion system was installed in the 8-MLS-67HA-RJS well, in 3,540 ft (1,180 m) of water at Marlim Sul field. The well is about 60 miles (100 km) offshore at the Campos basin, Rio de Janeiro, Brazil. It was tied back to the Petrobras 40 FPSO through a 3.7-mile (6-km) umbilical which at the time was also the world's largest-capacity floating production unit. The installation culminated a five-year, joint development project by Petrobras and Baker Oil Tools in association with other companies.
The all-electric intelligent completion project was launched in 1999 as part of Petrobras' Program of Technological Innovation and Deep and Ultra-Deepwater Advanced Development (PROCAP 3000) strategic initiative. The PROCAP 3000 seeks to enable Petrobras to operate in water depths exceeding 10,000 ft (3,300 m). System development was methodical, testing was stringent, and subsea installation was trouble-free. Yet, five years after initiation and more than one year after first installation, acceptance of this system had grown little.
This is changing somewhat now, with the realization that a system of this nature is vital to the development of other deepwater plays in the Campos and Santos Basin, including the pre-salt fields. Since 2005, further developments in the concept of all-electric intelligent completion system have been ongoing and the efficiency and reliability of the system have been enhanced in such a way that in the future even mature shallow water fields may come to use such a system, once the costs of manufacture and installation decrease.
The earliest intelligent completion system simply was to open and close valves. Reliability and other issues led to the demise of these complex electro-hydraulic systems and drove the change to simple intervention avoidance and then to today’s very complete and dependable hydraulic systems.
A similar modern hydraulic system is being prepared for use in the ultra-deep pre-salt plays, and it will benefit from having all the technological updates and upgrades that Petrobras has been developing, along with its partners.
Since over 75% of Brazilian O&G reserves are beneath deep and ultra-deep water,  Petrobras has strived to become a pioneer and is now considered a leading force in deepwater and subsea technologies. This fact also drove Petrobras to be among the first E&P companies to recognize the value of, and thus pursue, intelligent well technologies to manage future deepwater, subsea field developments.
Claudio Paschoa
Photo courtesy of Aker Solutions 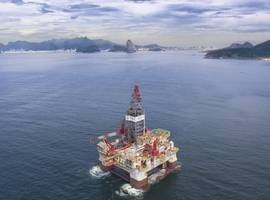 Limitation of Liability Act of 1851