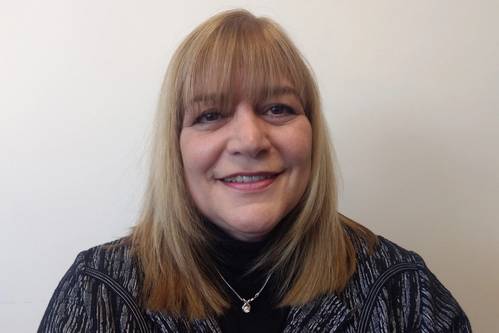 Mary Ann Bucci has spent her entire career in many different aspects of the logistics profession, selling container space on international vessels for SeaLand Service, leasing railcar equipment for GE Railcar Services, and negotiated rail rate for Aristech Chemicals. Having spent the last 19 years advocating for the inland waterways system, specifically for the Port of Pittsburgh District, Bucci weighs in on some of the top issues and key projects underway at one of the nation’s busiest inland ports.

Please describe the Port of Pittsburgh Commission’s role in supporting waterway commerce, and what are your primary responsibilities as Executive Director?
At the Commission, I report to a 15-member Board that is appointed by the Governor of the Commonwealth of Pennsylvania. I propose strategies and design programs to carry out the mission of the Commission, manage the staff and resources of the Commission, gather public support to assist in carry out the mission and ensure the effective execution of the Commission’s priorities consistent with the financial, ethical and legal constraints of the Commission. In my role of supporting waterway commerce, I organize and participate in tours, programs and press conferences to educate our elected officials, stakeholders, community agencies, and the recreation boating community on the federal funding issues for lock and dam projects.

Please give a “by the numbers” rundown of the Port of Pittsburgh.
The Port of Pittsburgh Commission is 200 miles of navigable waterway in 12 counties. There are approximately 160 terminal facilities and 17 sets of locks and dams located on the Allegheny, Ohio, and Monongahela Rivers. In 2017, our locks handled 86.5 million tons of cargo. The busiest locks perform as many as 300 commercial lockages per month. In 2018, 21.6 million tons of inbound, outbound and intra-port cargo was moved in the Port District.

What about jobs and GDP?
We are currently working with Texas A&M Transportation Institute on an Economic Impact Study to gather the latest data. It is premature for me to quote any statistical data at this time, but our report should be completed late summer, early fall.

Aging river infrastructure is a major concern for those operating on the United States' inland waterways. Where are your top infrastructure concerns for the Port of Pittsburgh today, and what’s required to address them?
A major lock or dam failure at any of locks or dams in our district. Our first priority is the need to complete the Lower Mon Project. This project has been ongoing for 26 years due to lack of adequate funding. The Water Resource Development of 2014 allowed the project to get back on track, and the project is now funded to completion. The anticipated date is 2023.

The second priority, is to receive a new start construction on the Ohio River (Upper Ohio Navigation Project). This project will build one new 600-foot lock chamber at Emsworth L/D, Dashields L/D and Montgomery L/D.

Which specific infrastructure improvement project(s) presently needed or underway will have the greatest positive impact?
The Upper Ohio Navigation Project will have the greatest positive impact. It is the gateway to the rest of the navigation system. The largest construction project, a cracker plant being build by Shell is located on the Ohio River. The facility would have never been built in this region without access to the river. Most of the components that went into building that facility moved on the inland waterways system as the pieces were too large for any other mode of transportation.

Across the country, river infrastructure competes with road and rail for critical federal funding. Why is it important for lawmakers to ensure rivers receive their fair share?
River infrastructure and industries are a key part of our integrated transportation system. As a viable transportation mode for certain products and goods, the rivers do compete for federal dollars with other modes and it is important for all of us to let our decision makers know the important role and impact our industries have for both the economy and the environment.

What policy matters would you like to see addressed in future WRDA legislation, and why?
In recent years, when changes have been made to the 50/50 federal cost share for particular projects, we’ve seen major infrastructure projects finally being completed and saving money in the long run. That is why a top priority of PortPitt and many other inland waterways groups is a change in WRDA to a 75/25 federal cost-share. We’ve advocated for such a change and are hopeful that the 2020 WRDA bill will include language closer to the 75/25 percentage so that we can get projects done quicker and save money over the long run. In addition, we oppose additional tolling or lockage fees or other charges for the users on the inland waterways system.

How has the COVID-19 outbreak impacted – or perhaps not impacted – operations at the Port of Pittsburgh? What have been the greatest challenges (if any), and what’s being done to address them?
The rivers keep moving during this crisis and so do our river industry partners. Both the federal and state governments have recognized the importance of our transportation sector in moving products and goods, and we are so proud of all the work that continues on and along our Marine Highways in support of our commonwealth and country.

There is a lot of unknown with the coronavirus pandemic. Short term, the products are moving. Long term, the shutdown at various plants could cause a downturn in shipping; and if many individuals, (lock and dam operators, barge operators, terminal operators) become infected with the virus, a lack of workforce could slow down the movement of freight along the inland waterways.

(As published in the May 2020 edition of Marine News)

We caught up with the incoming Port of Baltimore head to discuss his initial goals for the new role.

Dr. Dirk Jürgens heads R&D at Voith Turbo Marine, a part of the family owned Voith conglomerate which employs more than 19,000 people in 60 countries. Voith Rudderpropellers were chosen as the propulsion system for the three new Staten Island Ferry vessels, and Dr. Jürgens discusses the evolution of the system.