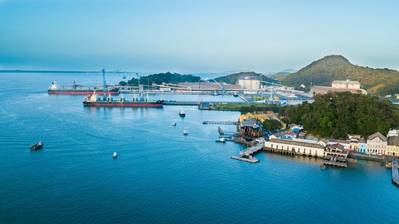 Brazil's port regulator targeted the local unit of global grains merchant Bunge and two port agents in an investigation announced on Tuesday, threatening the trader's dominant position at a key export hub in the south of the country.

The probe, ordered by port regulator Antaq via regulatory decision in the official government gazette, centers on alleged irregularities in a contract to move grain cargos at public terminals in the port of São Francisco do Sul.

A regional branch of Antaq in Santa Catarina state will conduct the probe, targeting Bunge and port agents Litoral and Inlogs, which now belongs to Japan's Marubeni.

Bunge, Litoral and Inlogs did not have an immediate comment.

The regulatory investigation is the latest chapter in a running dispute over commercial use of the port's public areas.

Bunge has previously defended the rules for using the port as competitive and transparent.

However, Seatrade Serviços Portuários, a commercial rival of Bunge's port agent Litoral, challenged the basis for granting access to the port's public grain terminal in recent years, according to the federal gazette.

An investigation by Santa Catarina state's audit court, cited in Antaq's decision, found that "none of the companies" complied with minimum cargo requirements, according to a 2011 audit report on a nine-year contract seen by Reuters.

After a controversial bidding process this year, Litoral, Bunge's long-time partner, gained new rights to ship an estimated 1.4 million tonnes of grains per year through April 2023 starting in April, a volume representing about 10% of the U.S. trader's soy and corn exports from Brazil last year.