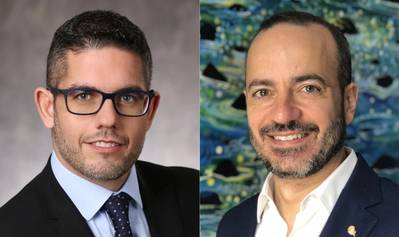 Carnival Corporation announced another set of moves within its global leadership team as part of the company's broader efforts to streamline operations and prepare the organization for the eventual resumption of cruising amid the coronavirus health crisis.

"We are using this pause in guest operations to evaluate every aspect of our business, including our leadership structures, and make changes where appropriate to improve our business," said Arnold Donald, CEO of Carnival Corporation.

Carnival Cruise Line has announced plans to restart some of its voyages in phases, while Costa Cruises has suspended sailings through August 15 and Holland America Line has canceled all cruises from Alaska, Europe and Canada/New England for 2020.

Reporting to Carnival Cruise Line president Christine Duffy, Palomba will oversee hotel operations, guest services, guest commerce and guest care. Over the next few weeks he will continue to oversee the resumption of Costa operations while progressively taking over the new responsibilities.

Since February 2015, Palomba has led Costa Cruises, with responsibility for managing all aspects of the brand, including strategy, product design, guest care, sales, marketing, revenue management and fleet deployment, among others. Under his leadership, Costa Cruises introduced its "Italy's Finest" brand positioning, debuted a number of guest and onboard experience innovations and launched Costa Smeralda, the brand's first cruise ship powered by liquefied natural gas (LNG).

Prior to becoming president of Costa Cruises, Palomba served as the brand's senior vice president, hotel operations and guest experience beginning in January 2014. Previously, he held multiple leadership positions in the cruise industry, working up to corporate operating officer for MSC Cruises, following multiple onshore and onboard roles, including positions in the hotel and deck departments on board a cruise ship and rising to serve as a second officer.

In his new role, Zanetti will be based in Genoa and will hold the responsibility of the overall commercial operation of the Costa Cruises, reporting to Thamm, while keeping his role of president Costa Group Asia.

Zanetti has been a senior executive within Costa Cruises for the last two decades, having held key positions with entrepreneurial and leadership capabilities. In his role of president of Costa Asia he has developed and executed a number of new business strategies and fleet renewal efforts.