Nigeria's Lagos Deep Offshore Logistic Base, LADOL, serving the country's offshore oil and gas industry, now has a new crane in operation - Mammoet Terminal Crane (MTC 15).LADOL and Mammoet had in January signed a partnership agreement aimed at growing LADOL’s capacity for project cargo handling and logistics for industrial sectors in West Africa. Mammoet then supplied LADOL with its heavy-lift terminal crane - MTC 15 - which has transformed LADOL’s quayside into a heavy lift terminal.

Shipping companies are still struggling to get hundreds of thousands of crew members back home after many months at sea despite pledges by countries to ease transit restrictions for seafarers, industry officials say.Countries including the UK, the United States, Singapore, the United Arab Emirates and the Philippines pledged this month to boost efforts to help seafarers, many of whom have been on ships longer than the 11-month limit laid out in a maritime labor convention.Other countries…

Testing, inspection and certification (TIC) services company Bureau Veritas (BV) announced Alex Gregg-Smith has joined the BV group as Marine & Offshore Country Chief Executive, China.Reporting to Claude Maillot, Senior Vice President North Asia Zone, Gregg-Smith is based in Shanghai."We are delighted to have Alex back onboard with BV – and in such an important role," Maillot said. "China is so central to our activities, both for new construction and ships in service, so we needed someone with the expert background in classification that Alex provides.

Shipping group CMA CGM said on Wednesday it was suspending timber exports from Gambia due to suspected trafficking of rosewood in the West African country.Demand for furniture in China has led to widespread felling of rosewood in West Africa in recent years, despite the variety being protected under the United Nations' Convention on International Trade in Endangered Species of Wild Fauna and Flora (CITES)."Following several suspicions that undeclared rosewood may have been part of cargo shipments from Gambia, the group has decided to halt its timber exports from the country until further notic

CMA CGM, the world's fourth-largest container shipping line, will impose emergency congestion surcharges at Cape Town port in July due to disruptions caused by the coronavirus, it has told customers.From July 1 until further notice, it will impose a surcharge of $550 for 20-foot containers and reefers and a $1,100 surcharge for 40-foot containers and reefers, CMA said in the letter dated June 17 that was seen by Reuters.Western Cape province, which includes Cape Town, is the epicenter of South Africa's coronavirus outbreak…

DP World announce Tuesday it has finished integrating its recent acquisitions Unifeeder and Feedertech, creating a feedering and shortsea network serving hundreds of ports across the globe.Unifeeder, which recently acquired Feedertech, operates feeder and shortsea services around northern Europe and throughout the Mediterranean and Northern Africa regions. Feedertech provides similar services connecting ports in Southeast Asia, the Indian subcontinent and the Middle East. The…

Developments in the oil tanker market in the past decade dominated by geopolitics, says shipping association BIMCO.Crude oil and product tanker markets alike have faced high volatility in recent weeks and months, largely due to geopolitics and the constantly evolving situation in the global oil markets. The first major disturbance since the fall in the oil price between the fourth quarter of 2104 and first quarter of 2016 came in the fourth quarter of 2019, after which freight rates have bounced back despite a collapse in demand.In these extraordinary times…

Tankers carrying nearly two months worth of Venezuelan oil output are stuck at sea as global refiners shun the nation’s crude to avoid falling foul of U.S. sanctions, according to industry sources, PDVSA documents and shipping data.Washington is tightening sanctions to cut Venezuela’s oil exports and deprive the government of socialist President Nicolas Maduro of its main source of revenue.The OPEC member’s exports are hovering near their lowest levels in more than 70 years and the economy has collapsed, but Maduro has held on - to the frustration of the administration of U.S.

Oceaneering International launched a new business aiming to eliminate waste and increase transparency within the bulk commodity cargo logistics industry, the Houston-based company announced Wednesday.OceanSMART Cargo Logistics and Maritime Technology will be led by Managing Director Bryan Phillips, who comes to the team with over 25 years’ experience in the marine shipping and cargo logistics industry, most recently as chief innovation officer at Inchcape Shipping Services. He is joined by another maritime industry stalwart with over 30 years’ experience…

The President of the Port Authority of Valencia, Aurelio Martínez, has indicated that "the large infrastructures are the key to maintaining a presence abroad and to face the forecasts that indicate that the growth of the commercial flows of goods is lower than those experienced in previous periods as reflected in the fall of the elasticity of trade to income and in a reduction of the coefficient of external opening. We need to prepare for medium- and long-term trends in the development of international trade and its fluctuations."To do this…

Abu Dhabi Ports has established a new feeder services company, SAFEEN FEEDERS, to serve the group’s mainliner shipping clients in the Gulf region.SAFEEN FEEDERS will introduce a new feeder service linking Abu Dhabi to ports serving the UAE, the broader Gulf region and Indian Sub-Continent. The service will be executed in partnership with feeder service operator Bengal Tiger Line (BTL) through a vessel sharing agreement.The service will allow for exchange of container cargo between mainliner vessels and the vessels within the rotation calling at nine regional ports located across the UAE…

Dozens of seaports across Asia, Oceania, Middle East, Africa, Europe and Americas have pledged to remain open to merchant vessels to ensure the flow of essential goods throughout the coronavirus pandemic.To date, more than 50 port authorities have signed on to support the Port Authorities Roundtable (PAR) COVID-19 declaration, initiated by the Maritime and Port Authority of Singapore for ports to commit to staying open to merchant vessels and work together to share best practices in ensuring that port operations can remain undisrupted.“Now is the time…

The coronavirus lockdown has accelerated a digitalization drive in a global shipping and logistics sector that still routinely delivers many documents by bike messenger in some countries, according to industry leaders.Ports operator DP World said on Thursday it would join shipping company Maersk and other peers in a blockchain platform aimed at limiting the sector's costly paper trail."The situation around the coronavirus is a very good catalyst for making sure everyone in the supply chain can communicate with each other digitally," Mike Bhaskaran, DP World's chief operating officer for logist

Saudi Aramco’s shipping division Bahri has put on hold plans to charter up to 12 liquefied natural gas (LNG) tankers after Sempra Energy delayed its decision on whether to proceed with an LNG export project in Texas, two sources said.Bahri issued an expression of interest (EOI) last year to charter the vessels from 2025 in Saudi Aramco’s first foray into LNG as part of the state oil giant’s plan to become a major global player in the gas market.In May last year, Aramco signed a 20-year agreement to buy LNG from Sempra Energy’s planned Port Arthur export terminal and also agreed to buy a 25% eq

French soft wheat shipments outside the EU last month reached a four-year high for April, Refinitiv data showed, as exporters continued to ship high volumes during the coronavirus pandemic.Soft wheat exports to destinations outside the European Union totalled 1.56 million tonnes, the highest April volume since the 2015/16 season, an initial estimate based on Refinitiv loading data showed.The April volume was about 70,000 tonnes lower than non-EU soft wheat exports the previous month, which marked the highest monthly total so far in the 2019/20 July-June season.Exporters have faced transport an

The United States should work to achieve a single, comprehensive agreement with Kenya that removes barriers to trade and investment, instead of pursuing a phased approach, the U.S. Chamber of Commerce said in a document viewed by Reuters.In comments submitted to the U.S. Trade Representative, the Chamber's U.S.-Africa Business Center said a high-standard agreement that eliminated all tariffs would boost the long-term economic outlook for both countries, and further position Kenya… 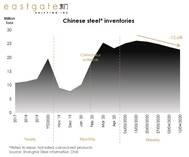 Chinese steel stockpiles reached record highs amid the coronavirus outbreak, but are now steadily easing. This paints the picture of an increased construction activity and a growing seaborne demand for the key dry bulk commodity of iron ore, says EastGate Shipping Inc. Demand returning to normal levelsSteel inventories in China have been showing a steady downward trend following the all-time highs recorded in mid-March. The virus crisis triggered a nationwide lockdown halting most manufacturing and industrial activities. Subsequently, demand for steel products was negatively affected.

Port Elizabeth Container Terminals (PECT) prepares for the upcoming citrus fruit harvest with new Liebherr mobile harbor crane technology. The two LHM 600 were transported from Rostock, Germany to South Africa. After a 20-day journey, they were unloaded from the transport vessel “Happy Dragon”.Transnet Port Terminal’s Acting Chief Executive, Michelle Phillips said, “Having lost an entire crane due to gale force winds really set us back. The arrival of these two modern cranes will ensure that our promise to the industry is realized”.

In the fertile Satara district in western India, farmers are putting their cattle on an unorthodox diet: Some feed iceberg lettuce to buffalo. Others feed strawberries to cows.It’s not a treat. They can either feed their crops to animals or let them spoil. And other farmers are doing just that - dumping truck loads of fresh grapes to rot on compost heaps.The farmers cannot get their produce to consumers because of lockdowns that aim to stop the spread of coronavirus. In India…

South Africa's ports remain open to all types of cargo despite a nationwide 21-day lockdown though essential goods should be prioritized, the Department of Transport said in a notice."(The) government has now decided that in the interest of ensuring a functional supply chain across all ports, that all cargoes will be accepted for loading and off-loading," said the notice, which was dated March 31.That reversed instructions sent by port authorities to bulk terminals last week saying…

Transnet to Cut Transport of Non-Essential Cargo During Lockdown

South Africa's logistics firm Transnet said it would reduce transport services and non-essential cargo operations during a nationwide lockdown that began at midnight on Thursday to contain the coronavirus.The state-owned company said shipments of metals and minerals would depend on demand and government approval. It was unclear if these exports would be affected.The transport of coal to state-run utility Eskom's power stations would continue, Transnet said.Transnet operates nearly three quarters of the African rail network… 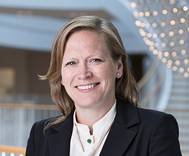