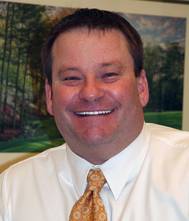 Crowley Maritime Corporation announced Brett Bennett will join the company August 3 as senior vice president and general manager of Crowley Logistics, succeeding Steve Collar, who retired last month after a 43-year career with Crowley. He will report to Ray Fitzgerald, Crowley’s chief operating officer, and work from the corporate headquarters in Jacksonville, Fla.Bennett comes to Crowley from Wallenius Wilhelmsen Solutions where he served as senior vice president and head of global terminals and stevedoring.

Brandes to Lead Port of Oakland

Longtime shipping industry executive Bryan Brandes has been named Maritime Director at the Port of Oakland. The port said today he was selected following a nationwide search. Brandes, a 25-year maritime veteran, replaces John Driscoll who left to manage the Alabama State Port Authority.Brandes will lead a staff of 20 responsible for one of the nation’s 10 largest container seaports. Oakland’s Maritime Director oversees everything from facilities management to real estate negotiations.“Bryan is coming in at a crucial time for us and we’re eager to put his skill and industry experience to work…

Egypt's Suez Canal Zone and its Suez Canal Container Terminal (SCCT) announced an agreement on Tuesday committing to $50 million of investments that they said would help boost competitiveness at Port Said East port.SCCT opened in 2004 and is operated by majority shareholder APM Terminals, part of Denmark's A.P.Moller-Maersk. It has struggled to attract container and transshipment business in recent years.(Reporting by Patrick Werr Writing by Aidan Lewis; Editing by Kirsten Donovan)

APM Terminals Pipavav said operations continue at the Indian port in the wake of the COVID-19 outbreak.The port operator said it has adopted stringent measures in line with the guidelines of the Directorate General of Shipping (DGS) and local governing bodies to ensure that the supply chain remains uninterrupted and availability of essential supplies is maintained.The port has adopted standard crisis protocol at both the international and local levels as per the various relevant guidelines of Govt.

The container port in the Limón province of Costa Rica, Terminal de Contenedores de Moín or Moín Container Terminal (MCT), operated by APM Terminals, completed its first year of operations on February 28.A press release from the international container terminal operating company headquartered in The Hague said that during the year the terminal serviced more than 1,100 ships, around 1.2 million TEUs and achieved important improvements in productivity, sustainability and the training of 1…

APM Terminals said that its new deep-sea container terminal, Vado Gateway terminal, located in Vado Ligure, Italy, received its first commercial service on 11 February 2020.The ship, M/V Maersk Kota, was the first of seven ships from Maersk’s weekly ME2 service, connecting the Mediterranean with the Middle East and India.According to a company release, the call by M/V Maersk Kota marked the start of operations for the new deep-sea Vado Gateway container terminal in northern Italy.With a total investment of 450 million euros…

International container terminal operating company APM Terminals said that its Poti Seaport Terminal in Georgia has re-initiated the process of obtaining the necessary permits with a firm intention to build the new deep-water multipurpose port in Poti.APM Terminals submitted application to the Technical and Construction Supervision Agency to obtain the permit for land usage for construction of the new deep-water port in Poti. This is initial stage of the three-stage formal procedure…

The international container terminal operating APM Terminals said that its port of Poti has presented its plans for the creation of a deep-water port to the Government of Georgia.The plans require an investment of over 250 million USD of private capital for phase 1 and a substantial amount for phase 2 in an extensive development of the port infrastructure and superstructure.“This investment in the strategically important port of Poti is a proof of our commitment and belief in Georgia and the development of a transport corridor that stretches into Central Asia…

International container terminal operating company APM Terminals said that its  Mumbai terminal handled more than 2 million TEUs (Twenty-Foot Equivalent Units) throughput in 2019, for the second consecutive year.The terminal, commissioned in 2006, remains the only Indian container terminal to have achieved this record in a calendar year.“As a team, we are proud to have achieved the milestone of 2 million TEUs once again. On behalf of the management, I would like to thank our customers for this achievement, without whose collaboration this would not have been possible.

APM Terminals Pipavav (Gujarat Pipavav Port Limited), has appointed Mr. Jakob Friis Sørensen as Managing Director, effective January 1, 2020Sørensen has been a part of A.P. Moller Maersk Group since 1987 starting at the internal A. P.  Moller Shipping School in Copenhagen, Denmark. He has held various positions within the Group in Maersk Line, Maersk Logistics and Damco in countries like Indonesia, Singapore, Malaysia, Japan and India. Sørensen holds an MBA from Henley Management College…

For the second consecutive year, APM Terminals Mumbai has achieved the milestone of handling more than 2 million TEUs (Twenty-Foot Equivalent Units) throughput in 2019. The terminal has continued its focus on strong collaborative efforts with all its customers – shipping lines, cargo owners, Container Fright Stations (CFSs) and transporters to realize high efficiency levels. Initiatives partnered with CFSs such as ‘Vehicle Booking System’ and digitization measures such as ‘Customer Service Portal’ have boosted the efforts towards ensuring customer delight.

The Netherlands-based terminal operator APM Terminals, a subsidiary of Maersk Group, has signed a letter of intent for the sale of APM Terminals Rotterdam to Hutchison Ports, owner of the adjacent ECT Delta terminal.The complete transfer of shares is based on the agreement that, in the short term, APM Terminals Rotterdam will continue to exist as an independent organisation with a 5-year volume guarantee from parent company, A.P. Moller-Maersk and no forced redundancies within 4 years of signing the agreement.Under the ownership of Hutchison Ports…

Danish integrated logistics giant A.P. Moller - Maersk appointed Vincent Clerc as CEO of Ocean and Logistics and Henriette Hallberg Thygesen as CEO of Towage, Manufacturing & Others.“A year ago, we integrated our customer facing roles across the company. We are now ready to accelerate the execution of our strategy through increased commercial and operational integration,” says Søren Skou, CEO of A.P. Moller - Maersk and continues:“With the new leadership structure announced today, I am confident that we will increase the pace.

APM Terminals, an international container terminal operating company, said that its Moín Container Terminal celebrated the movements of its 1 millionth TEU on 11 December 2019.This milestone, achieved in less than 10 months of operation, is particularly significant, as the next phase of the terminal will be built when an annual volume of 1.5 million TEUs is reached, said a press note. APM Terminals has a 30-year concession to operate the terminal.The millionth TEU was unloaded…

The international container terminal operating company APM Terminals (APMT) said it has opened a new container terminal in Vado Ligure, on the Italian Riviera, which will be capable of handling 900,000 TEUs of containerized cargo.APMT has a 50.1% share in the “Vado Gateway,” while Cosco Shipping Ports has a 40% share and Qingdao Port International has a 9.9% share. APMT said the project is part of the “New Silk Road.” Chinese firms have invested in more than a dozen European ports…

Gothenburg Port to be Fossil Free in 2020

Swedish container facility Port of Gothenburg is aiming to be a fossil free terminal by 2020, said its owner-operator Danish-owned APM Terminals.APM Terminals Gothenburg  launched environmental strategy  “Green Gothenburg Gateway”  which sees its terminal in the port aiming to become fossil-fuel free next year.Gothenburg Gateway is to accelerate the development of Sweden’s goods transports, having identified the need for Sweden to keep pace as global goods transports grow in scale…

APM Terminals Moín made history when it welcomed the MSC Sara Elena, the largest container ship to ever berth in Costa Rica, measuring 300m long and a capacity of 8,000 TEUs.In 337 lifts, exports of key Costa Rican exports, included pineapples and bananas, were loaded onto the Sara Elena destined for Rotterdam, the Netherlands. The vessel was in port for just under nine hours, including the obligatory first call celebrations.This successful call once again validates the opportunity to serve Costa Rica’s economy with larger vessels.

APM Terminals Barcelona revealed how the latest 5G wireless technology is enabling the use of V2X communication – where information is passed between vehicles and other entities that could affect it.During his presentation, entitled “5G in a container terminal: V2X applied to Cranes. Improving safety in a dangerous Environment”, Sergi Domínguez Tomas, Head of IT at APM Terminals Barcelona, explained that 5G technology provides an opportunity to develop new solutions to optimize safety within the terminal.“Wireless communications have always been difficult to manage in container terminals…

APM Terminals, an international container terminal operating company headquartered in The Hague, has commenced the global rollout of an advanced application monitoring solution, capable of spotting issues with performance before they start to negatively impact operations.The new solution, which has already been rolled out to 11 terminals, will ensure business continuity, improve terminal efficiency, and safeguard consistency (peak moves per hour) by ensuring that applications consistently operate at the speed they’re supposed to.