International engineering consultancy Offshore Wind Consultants (OWC) is setting up an office in Australia, as offshore wind plans in the country are moving forward.The International Energy Agency’s recently launched “Offshore Wind Outlook 2019” has identified more than 7,000TWh per year of offshore wind technical potential (roughly 2,000GW of capacity) in waters below 60 meters offshore Australia. The potential adds up to 16,000TWh per year when considering deeper waters.Currently…

The Shanghai port has topped UNCTAD’s 2019 ranking of the world’s best-connected ports, released yesterday (7 August).The Chinese port garnered a connectivity score of 134 points, followed by the ports of Singapore (124.63 points), Pusan (114.45 points) in Korea and Ningbo (114.35 points), also in China. The index is set at 100 for the best-connected port in 2006, which was Hong Kong, China.Besides the Asian ports, the other ports on the top 10 list are those of Antwerp (94 points) in Belgium and Rotterdam (93 points) in the Netherlands.

Port of Newcastle has become the first port in Australia or New Zealand to commit to meeting global environmental and sustainability standards as set by EcoPorts.The port was this month granted membership of the International EcoPorts network, having completed rigorous assessments to benchmark its environmental and sustainability practices against 120 major ports across Europe, Asia, North America and South America.Developed in 1997, EcoPorts remains the only Environmental Management… 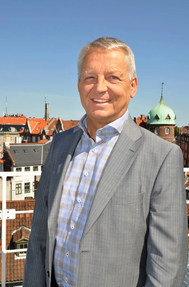 Interferry, the trade association representing the worldwide ferry industry, has announced that the new chairman of its board of directors is John Steen-Mikkelsen, CEO of Danish ferry operator Danske Faerger.Steen-Mikkelsen was elected together with three new board members at the annual general meeting held last week in Cancun, Mexico, during the association’s 43rd annual conference.The Interferry board is drawn from all types of large and small ferry operations - including ro-pax, ro-ro, cruise ferries, fast ferries and passenger-only ferries - as well as industry suppliers.

Asia Maritime Pacific and Fenwick Shipping Services announced Thursday that the two companies have merged their operations.Asia Maritime Pacific is a Handysize and minibulker owner and operator, headquartered in Hong Kong, with a fleet of over 40 modern dry bulk vessels operating worldwide. It has a network of nine offices and more than 100 employees spread across the globe, including Shanghai, Beijing, Tokyo, Melbourne, London, Austin, Douala and Santos.Fenwick Shipping Services was first established in 1973 as Wheelock Marine Chartering, and changed its name in 1985.

Babcock Australasia announced it has been awarded a further contract for helicopter marine pilot transfer services at the Newcastle Port, following a competitive tender process.Under the contract, Babcock will provide aircraft, pilots, engineering personnel and maintenance staff to ensure the safe transportation of marine pilots to ships located 3 to 8 nautical miles offshore. This continues the services that Babcock has provided at the Port since 1999.“This new contract reinforces…

Trelleborg’s marine systems operation and Australasian engineering consultancy Synertec have formed a strategic partnership to meet demand for more accurate and efficient liquefied natural gas (LNG) custody transfer. Under the new agreement, Trelleborg will distribute Synertec’s LNG custody transfer system across its global sales network.LNG custody transfer, the transfer of the ownership of LNG from one organization to other, has long involved fiscal risk given significant uncertainties in traditional tank measurement.

Norwegian Joy is US Bound

Norwegian Cruise Line’s first ship custom-designed specifically for the Chinese cruise market will be repositioned to sail from the United States starting in 2019.The nearly 4,000 passenger cruise ship Norwegian Joy is slated to sail seasonally from Seattle to Alaska in summer 2019 before making voyages to the Mexican Riviera and Panama Canal from Los Angeles in winter 2019/2020.Built by German shipbuilder Meyer Werft in 2017, the 1,094-foot-long, 167,725 gt Norwegian Joy was designed with finishes and amenities tailored specifically to the tastes of Chinese guests.

Tymor Marine hired Matthew Heyman as Business Development Manager. Heyman has more than 20 years maritime industry experience with companies including Wilhelmsen, Maersk and Stena, in the UK, Europe and Australasia. Tymor Marine is a UK- and USA-based independent marine and naval architectural consultancy with offices in Aberdeen, Glasgow and Lafayette. Tymor delivers a range of design and analysis functions, such as vessel and rig stability and modifications, seafastening of cargo and equipment, subsea deployment analysis, mooring analysis and offshore equipment design and modification.

The Impact of Future Global Tides on Energy

The first comprehensive study of the impact of global sea-level rise on tides has implications for future coastal flood risk, harbour management, and the long term planning of tidal energy sites. This research, published in Continental Shelf Research by scientists at the National Oceanography Centre (NOC), University of Southampton and Deltares, shows that sea-level rise can significantly alter tides across the world in many different ways in both space and time. The change will be most pronounced in shelf seas on the east coast of the Americas…

The Port of Södertälje’s brand-new Konecranes reach stacker, delivered at the beginning of May, is already having an impact on operator efficiency. The new reach stacker (model SMV 4531 TC5), which is widely available throughout Australasia, benefits from a unique cab design, making for greater operator comfort leading to more efficient cargo handling. Bertil Jansson, supervisor at Port of Södertälje, Sweden, says, “We discussed in-depth what we wanted and what was important. We realized that the ergonomics of the cabin, the workspace itself, was a very important aspect.

Being in a position to accurately anticipate change in the shipping markets is becoming ever more crucial for maritime service providers, as owning principals demand more solutions to the problems created by over-ordering, according to Braemar Group Asia President Denis Petropoulos. Speaking at a press conference during Singapore Maritime Week, Mr Petropoulos said this need for in-depth industry knowledge and experience in understanding how to deal with market downturns means…

The United Kingdom Hydrographic Office (UKHO) and the Maritime and Port Authority of Singapore (MPA) have announced a new bursary training scheme in Marine Cartography and Data Assessment. Organized jointly by the UKHO and MPA over a five-week period from April 18, 2016 at the MPA Academy in Singapore, the course will train attendees on compiling and maintaining navigational charts. Drawn from 10 nations, the course attendees will comprise employees of their national hydrographic offices…

The Rationale for Shipping M&A

The most often quoted reason for consolidation is the reduction in unit costs which can be obtained by an operator with a larger volume of business. The ways in which these reductions can be achieved in practice are discussed in a new white paper, Consolidation in the liner industry, published by Drewry. Consolidation may put a shipping line in a better position to chart its future, with larger volumes and a greater control of its own destiny. • COSCO and CSCL’s merger advances them to fourth place (previously sixth and seventh respectively) though around 4% points behind CMA-CGM. 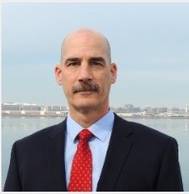 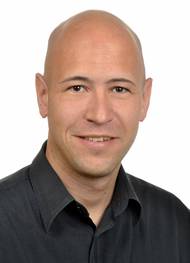 Geoff Parkinson, chief executive officer of North P&I Club’s subsidiary Sunderland Marine, retired on 30 June 2015 following a period of ill health. Tom Rutter, head of the company’s aquaculture business, will continue as interim chief executive officer until a permanent appointment is made. Parkinson (60) led the international fishing vessels, small craft and aquaculture insurer for 19 years and played a major role in negotiating its acquisition by the 170 million GT ‘A’ rated North in February 2014.

Hong Kong-based container shipping company Orient Overseas Container Line (OOCL) saw a 2.1% dip in total container shipping volumes in the second quarter of 2015 when compared to the same period last year. Total revenues decreased by 9.3% to USD 1,362.4 million. Loadable capacity increased by 7.1%, whereas the overall load factor was 6.8% lower than the same period in 2014. Overall average revenue per teu decreased by 7.4% compared to the second quarter of last year, the company said.

Hapag-Lloyd informs about the congestion at the ports of Los Angeles and Long Beach that has reached a critical point. I. Several container ships are anchoring off the harbor and waiting in line to berth. Now Vessels are also being delayed due to ongoing congestion. II. There continues to be an acute shortage of truck power. The American Trucking Associations (ATA) estimates that the industry has a shortage of approximately 30,000 drivers nationwide. Hapag-Lloyd continues to explore opportunities to contract additional vendor companies. III.

Record Number of Cruise Ships Sailing Down in NZ

New Zealand is set to welcome a record number of cruise ships this summer, including an unprecedented six ships making their inaugural visits to the country. 28 ships from its members' fleets would cruise to New Zealand over the coming months - an increase of more than 25 per cent on last year's summer season, said Cruise Lines International Association (CLIA) Australasia. According to CLIA Australasia Commercial Director Brett Jardine, the visiting flotilla will make more than 600 calls to New Zealand ports between October 1…

Cruise Shipping Miami 2015 is gearing up to offer the most comprehensive and robust roster of panel discussions featuring the industry's most knowledgeable and experienced executives. The panels will be grouped under several broad themes based on industry trends during the four-day conference. The 31st edition of Cruise Shipping Miami is scheduled for March 16-19 at the Miami Beach Convention Center. Organized by UBM Connect, thematic topics include The Geography of Cruise Tourism, Safety and Ship Operations, Market Segments and Cruise Product Development.