The blue economy can be the engine of economic growth, the basis of socio-economic development and industrialization for many African countries, if well utilized.The maritime industry, for example, is estimated at over $1 trillion, and there are other related and emerging sectors of tourism, offshore renewable energy, aquaculture, seabed extractive industries, marine biotechnology and bio prospecting.Said Adejumobi, Southern Africa Director, UN Economic Commission for Africa (ECA) said that  the Economic Commission for Africa is fully committed to supporting the African Union…

For the next long-term EU budget 2021-2027, the Commission is proposing EUR 6.14 billion under a simpler, more flexible fund for European fisheries and the maritime economy. The new European Maritime and Fisheries Fund will continue to support the European fisheries sector towards more sustainable fishing practices, with a particular focus on supporting small-scale fishermen. It will also help unleash the growth potential of a sustainable blue economy towards a more prosperous future for coastal communities. 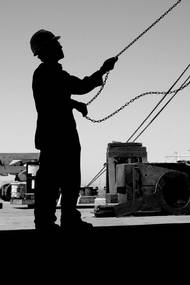 The U.N. General Assembly (UNGA) last week adopted a formal resolution to develop a legally-binding treaty for the conservation of marine biodiversity on the ‘high seas’. The new ocean regulations are proposed to include: area-based management tools, such as marine planning and marine protected areas; environmental impact assessment (EIA) requirements; the transfer of marine technology; and a regime for managing marine genetic resources, including benefit-sharing. These developments have potentially significant implications for ocean economic activities…

Heading up Wilhelmsen Ships Service’s (WSS) ships agency sales team in China, Emilia Shao brings both industry experience and an eclectic academic background to one of the company’s largest agency markets. Located in Shanghai, Shao will manage WSS’s agency business across its three offices located in Northern, Central and Southern China. Shao’s day-to-day responsibilities include joining Account Managers for customer visits and monitoring communications to ensure port enquiries are handled promptly and properly, at the same time overseeing the performance of the entire sales team.

Foster Wheeler AG announced today that a subsidiary of its Global Power Group’s Environmental and Industrial division has been awarded a contract by Longview Power, LLC to rehabilitate and optimize the wet flue gas desulfurization system at their existing 700 MWe (net megawatt electric) Longview Power facility in Maidsville, West Virginia, USA. Foster Wheeler has received a full notice to proceed on this contract. The terms of the agreement were not disclosed, and the contract value will be included in the company’s third-quarter 2014 bookings. 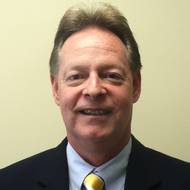 UniversalPegasus International (UPI) is a company with a global reach in engineering, project management & construction management for the energy industry, headquartered in Texas. Brown has more than 30 years of experience in the engineering and construction sectors. He comes to UPI from Jacobs Engineering where he held the position of Global Vice President, Inside Sales and Marketing. He was responsible for downstream, upstream, chemicals and pharmaceuticals/biotechnology business unit sales, with regional focus on North America, India and the Middle East.

A new institute dedicated to pioneering research and technology for the marine sector has been launched at the University of Strathclyde in Glasgow. Scotland's Chief Scientific Adviser, Professor Anne Glover, met with researchers from the institute, which aims to contribute to the UK's marine economy by providing industry and government with cutting-edge research into marine energy, the environment and transport. The Strathclyde Marine Institute will combine expertise from the fields of engineering…