Britain says it fended off Iranian attempt to block its oil tankerThree Iranian vessels tried to block a British-owned tanker passing through the strait that controls the flow of Middle East oil to the world, but backed off when confronted by a Royal Navy warship, Britain said on Thursday.A week after Britain seized an Iranian tanker accused of violating sanctions on Syria, London said the British Heritage, operated by oil company BP, had been approached in the Strait of Hormuz…

Three Iranian vessels tried to block a BP-operated tanker passing through the Strait of Hormuz but backed off when confronted by a Royal Navy warship, the UK government said on Thursday.Britain urged Iran to "de-escalate the situation in the region" after the British Heritage, a Suezmax oil tanker operated by BP under an Isle of Man flag, was approached."HMS Montrose was forced to position herself between the Iranian vessels and British Heritage and issue verbal warnings to the Iranian vessels…

Oil prices rose on Monday as markets reacted to news that China and the United States have put a looming trade war between the world's two biggest economies "on hold". Brent crude futures were at $79.13 per barrel at 0121 GMT, up 62 cents, or 0.8 percent, from their last close. Brent broke through $80 for the first time since November 2014 last week. U.S. West Texas Intermediate (WTI) crude futures were at $71.83 a barrel, up 55 cents, or 0.8 percent, from their last settlement. The U.S.

Petróleo Brasileiro SA (Petrobras) has announced its intention to join the Oil and Gas Climate Initiative (OGCI). The company revealed that its CEO, Pedro Parente, has signed a letter of engagement so that the company can become an effective member of the voluntary initiative, which aims to lead the industry response to climate change. The OGCI is the CEO-led grouping of oil and gas companies that intends to lead the industry’s response to climate change, pooling knowledge and collaborating on action to reduce greenhouse emissions.

BP's head of exploration Richard Herbert is leaving the British oil major after slightly more than two years in the job, a period in which the company slashed spending on the search for new deposits. Herbert, a BP veteran and a long-time ally of Chief Executive Bob Dudley, rejoined BP in October 2013 after several years at rival Talisman Energy. His task was to lead exploration activity to help the firm rebuild investor confidence following a deadly U.S Gulf oil spill in 2010. But as oil prices began to crash from mid-2014 and BP had to shed assets to pay off some $50 billion in U.S.

The future of Bob Dudley at the head of BP seems untarnished by shareholders' unusual rejection of his pay package as 99.6 percent of them also backed his re-appointment and trust him to lead the company through a period of weak oil prices. For the 60-year-old American, who was given the top job following the 2010 Deepwater Horizon oil spill, the vetoing of his $20 million compensation package is the first major faux pas in his time as chief executive. Such a shareholder revolt…

Scotland will ask Britain to help finance the cost of removing old North Sea rigs and pipelines even if it votes for independence and gains most of the oil revenues, a move that bankers and lawyers say may result in years of legal battles. An independent Scotland would benefit from most of the new revenues from North Sea oil output - worth $50 billion a year - but it will nevertheless ask Britain to co-finance some $60 billion of decommissioning to remove old platforms and pipelines.

Royal Dutch Shell is committed to expansion in Russia, Chief Executive Ben van Beurden told Russian President Vladimir Putin at a meeting on Friday amid sanctions imposed on the country after its annexation of Ukraine's Crimea region. Shell plans to expand Russia's only liquefied natural gas (LNG) plant with Russian partner Gazprom, he said at a meeting at Putin's residence. "We, of course, will pledge all the necessary administrative guidance and support," Putin said in response in a meeting that was later broadcast on national television. 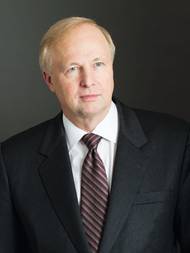 Oil and gas major BP Plc more than tripled Chief Executive Bob Dudley's pay last year, the firm's annual report showed on Thursday, with cash and performance-related bonuses taking his total remuneration to $8.7 million. The payout came as the CEO works to right the course of BP following the 2010 Gulf of Mexico oil spill and streamline the business, returning cash to shareholders. Dudley was awarded a cash bonus of $2.3 million and shares worth $4.5 million in 2013, the report showed, on top of his base salary of $1.8 million. That $8.7 million total compares with $2.6 million in 2012.

OilCareers.com has  released statistics suggesting that staff roles offered by employers in the Gulf of Mexico have increased almost sixteenfold in the last three years. Statistics show that the margin between contract and staff positions that reflected an equal split in 2009 now reveal a shift to five times as many staff than contract roles equating to 80% of job types currently registered on OilCareers.com. This comes as part of a move towards longer term recruitment strategies to encourage experienced personnel to the area as highlighted by Pauline Redpath…

BP and partners start production of oil/gas from the Skarv field in the Norwegian Sea, one of a series of new major upstream projects. “The start-up of Skarv is a key operational milestone for BP, adding new production from one of our core higher-margin areas,” said Bob Dudley, BP group chief executive. The Skarv field is approximately 210 kilometres west of the Norwegian coast in water depths of approximately 350-450 metres. Discovered in 1998, the field has an estimated ultimate recovery of around 100 million barrels of oil and condensate and over 1.5 trillion cubic feet of rich gas. 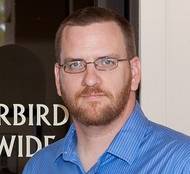 Atlas has announced a new partnership agreement with Thunderbird business school to become their first global partner in the UK. The Aberdeen-headquartered firm has joined forces with Thunderbird School of Global Management in Glendale, Arizona, globally accredited by AACSB and NCA. This takes Atlas into a new area of Continuing Professional Development with a reputable business school that is well immersed within the global energy sector. Atlas is currently experiencing an unprecedented period of international growth as the demand increases for an effective means of learning and training…

BP released the findings of its internal investigation into the Deepwater Horizon explosion and oil leak in the Gulf of Mexico. The company said no single factor caused the Macondo well tragedy. Rather, a sequence of failures involving a number of different parties led to the explosion and fire which killed 11 people and caused widespread pollution in the Gulf of Mexico earlier this year. •    Even after explosion and fire had disabled its crew-operated controls, the rig’s blow-out preventer on the sea-bed should have activated automatically to seal the well.