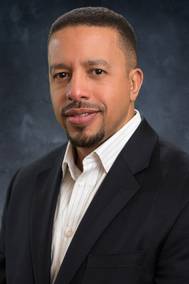 Royal Caribbean Group has hired Dr. Calvin Johnson as Global Head, Public Health and Chief Medical Officer, a new role created to lead the cruise line operator's global health and wellness policy, manage its public health and clinical practice and determine the strategic plans and operations of its global healthcare organization.Johnson will also collaborate with the Healthy Sail Panel assembled in response to COVID-19, to ensure the company establishes and implements its protocols and recommendations.Dr.

Seaboard Corporation announced Monday that its president, CEO and chairman of the board Steven J. Bresky passed away suddenly. The group said its board of directors expects to name Bresky's successor in the near future.Steve was the third generation Bresky to lead Seaboard in its 102-year history, following in the footsteps of his father H. Harry Bresky and grandfather and company founder Otto Bresky. He had been president, CEO and chairman of the board since 2006. Among the agribusiness conglomerate's group of companies is Seaboard Marine…

Norwegian-based ballast water treatment (BWT) systems manufacturer Optimarin informs it has completed testing of its Optimarin Ballast System (OBS) in accordance with the revised IMO G8 guidelines, while also upgrading its existing U.S. Coast Guard (USCG) approval certificates to ensure compliance for zero to two hours holding time.The testing procedures were conducted at the NIVA test facility in Norway from September 2019 to the end of June 2020, with DNV GL operating as the designated Independent Laboratory. Tests were conducted with two different filters simultaneously.

An Iranian ship was approaching the Venezuelan port of La Guaira on Sunday with a cargo of food that will supply the South American nation’s first Iranian supermarket, according to Refinitiv Eikon and Iran’s embassy in Venezuela.Iran supplied 1.5 million barrels of fuel to Venezuela last month amid a collapse of refinery operations and tightening sanctions by the United States that has made it more difficult for Venezuela to obtain fuel on international markets.The Iranian-flagged general cargo ship Golsan, owned by Mosakhar Darya Shipping Co, departed on May 15 from Bandar Abbas.

Cruises from US Ports Suspended Through Mid-September

A number of ocean-going cruise lines said they will voluntarily suspend cruise operations from U.S. ports until September 15 due to COVID-19, industry body Cruise Lines International Association (CLIA) announced Friday.The extended operational pause goes well beyond the current no sail order issued by the U.S. Centers for Disease Control and Prevention (CDC) set to expire on July 24.“Although we had hoped that cruise activity could resume as soon as possible after that date, it is increasingly clear that more time will be needed to resolve barriers to resumption in the United States…

Cash-strapped Cuba has canceled its annual international trade and investment fair slated for November due to the pandemic, state-run media reported on Friday, even as fallout from the novel coronavirus hammers revenues and imports.Container traffic at the port of Mariel, responsible for 90% of containers entering the country, was down between 20% and 25% through May, compared with the same period last year, according to a shipping source with access to the data.Cuba does not reveal key economic information in a timely manner…

The President of the Port Authority of Valencia, Aurelio Martínez, has indicated that "the large infrastructures are the key to maintaining a presence abroad and to face the forecasts that indicate that the growth of the commercial flows of goods is lower than those experienced in previous periods as reflected in the fall of the elasticity of trade to income and in a reduction of the coefficient of external opening. We need to prepare for medium- and long-term trends in the development of international trade and its fluctuations."To do this…

Tropical Shipping announced it will serve the Port of Paramaribo with once-weekly sailings beginning May 14.The carrier will ship everything from small packages to refrigerated cargo, dry goods, building supplies and vehicles via its new eight-day transit between Florida and Suriname.Southbound service to Suriname will depart the Port of Palm Beach every Thursday and arrive in Paramaribo each Friday of the following week. The northbound 11-day service will depart Suriname on Friday and arrive in the U.S. on a Tuesday.

Marine Jet Power Adds to Growing Team in the Americas

Marine Jet Power (MJP) announced Cole Merritt and Peter Gonzalez have joined its business development team in the Americas.“Peter and Cole are a welcome addition to the MJP team in the Americas. As we continue to expand our footprint in the region their experience and expertise will be invaluable as we strive to offer an unmatched customer experience for shipyards, boat builders and operators,” said MJP President and Regional Director, Michael Rickey.Both Peter and Cole started…

US CDC Extends 'No Sail Order' for All Cruise Ships

The U.S. Centers for Disease Control and Prevention extended its “no sail order” for all cruise ships, as it looks to prevent the spread of the novel coronavirus pandemic.The new CDC order says that cruise ships have to cease operations for up to 100 days, or the expiration of the Secretary of Health and Human Services' declaration that COVID-19 constitutes a public health emergency, or if the CDC Director rescinds or modifies the order.The order, dated April 9, comes as the cruise industry takes a hit from the novel coronavirus outbreak…

Passengers On Coronavirus-hit Cruise Ship Can Disembark in Marseille

Passengers who have tickets to travel back to their home countries will be allowed to disembark from the coronavirus-hit Costa Luminosa cruise ship in Marseille, the port authority and the cruise operator said on Thursday.A port official told Reuters that 639 passengers, including 187 French nationals, would be allowed to leave the ship in small groups, depending on the timing of their transport home.There were more than 1,420 passengers on the liner, including 230 Americans, 168 Italians and 100 Canadians…

U.S. President Donald Trump on Friday said that major cruise lines would suspend cruises for 30 days, following a series of industry announcements that came after repeated transmission of coronavirus among passengers at sea.“At my request, effective midnight tonight, Carnival, Royal Caribbean, Norwegian, and MSC have all agreed to suspend outbound cruises for thirty days,” Trump said on Twitter.“It is a great and important industry – it will be kept that way!” he added.Royal Caribbean Cruises Ltd said earlier on Friday it was suspending its cruises in the United States for 30 days…

Health authorities in the southern Vietnamese city of Ho Chi Minh want to stop a Bahamas-flagged cruise ship with Italians on board from docking at the economic hub on Friday over coronavirus concerns, state media reported.The Health Department on Thursday advised the People's Committee of the city not to allow passengers on the cruise liner, Silver Spirit, to disembark, the Tuoi Tre newspaper said.The department said the move is aimed at "limiting the intrusion of disease into the city"…

When it come to ship efficiency and emission reduction, the next frontier is devising better means to keep hulls clean from biofouling in the five years between dry dockings. Finding best solutions on hull coating and cleaning is major point of focus among shipping majors globally.Last month in a feature interview in Maritime Reporter & Engineering News with Royal Caribbean Cruises (RCCL) Anshul Tuteja, Associate VP Global Fleet Optimization, it was made clear that coatings used on the RCCL fleet is a point of intense focus…

The United States is considering ways to discourage U.S. travelers from taking cruises as part of a broader Trump administration effort to limit the spread of coronavirus, according to four officials familiar with the situation.The officials, who asked to remain anonymous, said no decision had been made. The discussions were taking place ahead of a meeting this weekend between Vice President Mike Pence, who is in charge of leading the U.S. response to the coronavirus, and the cruise industry.The administration could advise some or all U.S. 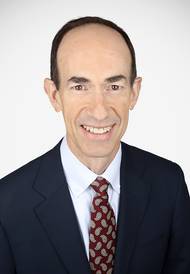 Longtime cruise industry executive Adam Goldstein has left Royal Caribbean Cruises after more than 30 years with the company.Goldstein was most recenlty Vice Chairman of RCL from 2018. From 2014 to 2018, he served as President & COO and from 2007 to 2014, he was President & CEO of the Royal Caribbean International brand. Goldstein has been with RCL since 1988.Goldstein will continue to serve as Chair of the trade group Cruise Lines International Association (CLIA).

The Russian captain and crew of a cargo ship captured last year in Cape Verde with the biggest cocaine haul ever seized in the country were found guilty of drug trafficking and sentenced to jail on Friday.The 9.5 tonnes of cocaine were seized in February 2019 after the ship, which was traveling to Morocco from South America, docked at the port of Praia for legal reasons following the death of a crew member.An Atlantic archipelago of 500,000 people off Africa’s west coast, Cape…

British entrepreneur Richard Branson heralded his first cruise ship "Scarlet Lady" on Friday as targeting a younger generation of holidaymakers with a range of attractions that he believes will outweigh any fears around coronavirus.Despite the unfortunate timing, with passengers on one ship quarantined in Japan after hundreds caught the virus and another turned away by five countries over fears someone on board may be ill, Branson sees cruises as a growth area.In an event at Dover…

Costa Rica seizes 5 tons of cocaine bound for Holland in largest ever drug bustPolice in Costa Rica seized more than 5 tons of cocaine bound for the Dutch port of Rotterdam in the country's largest ever drugs bust, officials said.The authorities on Saturday found the cocaine in Costa Rica's Caribbean port of Limon, stashed inside a shipping container of decorative canopy plants bound for the Netherlands.The anti-narcotics police discovered the drugs in 202 small bags and said the cocaine was produced in South America…

London-based international law firm Watson Farley & Williams has advised TUI Cruises GmbH on its acquisition of Hapag-Lloyd Cruises from TUI AG for US$1.3bn, excluding net debt.According to the the transaction is subject to customary closing conditions and regulatory approvals and is expected to close in summer 2020. The deal includes the acquisition of HL Cruises’ luxury and expedition fleet, consisting of two five-star plus luxury vessels and three expedition cruise ships, by TUI Cruises.

The Port of New Orleans (Port NOLA) saw another record-breaking year in cruise passenger numbers and vessel calls.With the launch of Disney cruises and the addition of year-round itineraries from Royal Caribbean International in 2020, Port officials anticipate another robust cruise season.During 2019, Port NOLA recorded 1.2 million cruise passenger movements, a new annual high, up from 1.18 million in 2018. Port NOLA also saw an increase in cruise vessel calls with a total of…

Carnival bought their first cruise ship Mardi Gras in the 1970’s, nearly 50 years ago, and registered her under the Panama flag, now the new Mardi Gras will keep the tradition of flying the Panama flag.In a ceremony at the Meyer Turku shipyard, The Mardi Gras, left the dry dock to be positioned in the water en-route to her new location to finalize its interior and exterior outfitting.With a capacity for 5,282 passengers, Mardi Gras marks a milestone for both Carnival and the Panama Registry.

The Central American and Caribbean specialist exploration company CaribX said that it is increasing its share of the Main Cape Operating contract in Honduras.Following government approval CaribX will hold a 55% interest in the highly prospective licence area.CEO Rory Scott Russell said: "We are pleased to have closed this latest round of funding and delighted to have such a highly qualified and experienced group of explorers and entrepreneurs joining the company. Attracting the team behind Sierra and the giant Zama discovery demonstrates the enormous potential offshore Honduras…

German shipyard Meyer Werft GmbH & Co. KG is all set to to launch three cruise ships in 2020. During the shipyard has handed over three modern cruise ships to international cruise lines. "In the last twelve months alone, we have taken on 395 new employees in Papenburg, thus enlarging our team to more than 3625 people. We continue to recruit new col-leagues in all parts of the shipyard," said Tim Meyer, Managing Director of Meyer Werft.The shipyard has taken on all the 45 trainees who passed their final examinations.