Maiden Call by Marella at Port of Kiel

On Tuesday morning (16th July) the cruise ship “Marella Explorer” berthed in the port of Kiel with 2,000 mostly anglophone passengers on-board. The vessel follows an itinerary of 14 days leading it all across the Baltic Sea. It started in Newcastle on 13th July and will conclude its cruise in the same port on July 27th.On the occasion of its maiden call, the Lord Mayor of Kiel, Dr Ulf Kämpfer, welcomed Captain John Spencer Clark to the State Capital City of Schleswig-Holstein and presented him with the traditional inaugural plaque.

Continuing its active work on attracting more cruise ships and, respectively, more cruise passengers to Riga, the Freeport of Riga Authority has become a member of CLIA (Cruise Lines International Association), the world’s largest cruise industry association, said a press release. Membership in this organisation will open a path for closer cooperation between the Freeport of Riga Authority and the world’s largest cruise line operators, thus facilitating the development of the cruise sector in the Port of Riga.

The first of four visits to Kiel this season by the British shipping company Saga Cruises began early Thursday with the arrival on the Kiel Fiord of the Saga Sapphire with 640 English-speaking passengers on board. The flagship of the Saga fleet was met by a local tug near the Friedrichsort Beacon and within sight of the entrance to the Kiel Canal. To the accompaniment of a water fountain display by the tug, the ship was escorted to her berth at the Ostseekai Cruise Shipping Terminal. During the course of a reception later on the ship, port head Dr.

The relentless increases in luxury ocean and river travel that has propelled the cruise industry in 2017 to new passenger records is a clear indication that 2018 and the next five years will see a new era in global travel. Even as the Cruise Lines International Association (CLIA) counted up the record number of global cruise passengers in 2017, CLIA member cruise lines are scheduled to debut 27 new ocean, river and specialty expedition ships this coming year. Among the most interesting of those ships are the two new Ponant ships…

In 2017 Kiel again posted record handling while also passing the seven million ton mark for the first time. Overall, 7,407,376 tons were loaded or unloaded. That represents an increase of 14.3 percent over the previous year and is the best annual result ever achieved by the port. Dr. Dirk Claus, the Managing Director of the Port of Kiel (SEEHAFEN KIEL GmbH & Co. KG). said, “Kiel achieved a top result and improved performance in all sectors. Particularly outstanding were developments at the SCA Forest Products Terminal… 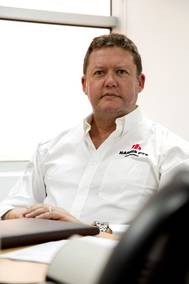 Nigel Hopkins has been appointed Managing Director of Harris Pye UK Ltd based at the company’s headquarters in Llandow in Wales. He joined Harris Pye on May 1 this year working alongside Dave Hayden, the company’s retiring Managing Director at the Harris Pye UK headquarters in Llandow, South Wales before officially taking over from Dave Hayden on October  1, 2017. Nigel Hopkins started his engineering career in the merchant navy spending 13 years sailing on a variety of vessels including oil tankers…

A final call from AIDAvita on October 21 marked the end of the 2017 cruise shipping season in Kiel, Germany. This year saw the number of passengers embarking or disembarking at Kiel’s cruise shipping terminals pass the half million mark for the first time, as the port was visited on 143 separate occasions by 29 different cruise ships with a combined total 10 million GT. “Northern Europe cruises are increasingly in demand. We are benefitting from this development and have, this year, posted our highest passenger totals to date,” said Dr.

Cruise Lines International Association (CLIA) has announced the 2017 Cruise Industry Hall of Fame Award Winners. The awards recognize individuals and organizations whose efforts and accomplishments represent a significant contribution to the cruise industry. The 2017 Award Winners were honored at the Hall of Fame Cruise Industry Awards dinner during the CLIA Cruise360 conference in Fort Lauderdale, Fla. on Saturday, April 22, 2017. “The nominees for Hall of Fame represent the…

This year’s cruise shipping season opens in Kiel on April 9 with a call by AIDAcara. Up to the middle of October 28 different cruise ships will berth in the port a total of 142 times while up to half a million passengers are expected to go ashore or embark. The Managing Director of the Port of Kiel (SEEHAFEN KIEL GmbH & Co. To mark the opening of the season, Captain Manuel Pannzek was given a warm welcome by Deputy City President Robert Vollborn. Robert Vollborn and Captain Pannzek…

Kiel posted record cargo and passenger handling figures in 2016. For the first time some 6.5 million tons were loaded or unloaded last year - an increase of 5.3 % over the previous year and the port’s best-ever result so far. Ferry services to Scandinavia and the Baltic region showed above-average growth, while trade with Russia continued to decline. Dr Dirk Claus, Managing Director of the PORT OF KIEL (SEEHAFEN KIEL GmbH & Co. KG) comments: “Kiel has achieved a record result.

On May 27, at 8:00 PM, the Queen Mary 2 docked at Blohm+Voss at dry dock ELBE 17, well-known to the ocean liner. There, the flagship of the long-established British shipping company Cunard Line will undergo the largest refit program since being brought into service. It is the sixth time that the Queen Mary 2 docks at Blohm+Voss. A total of 50 new cabins are fitted or remodeled in line with this year’s master refit, 35 of them in the front section of deck 13. In addition, Blohm+Voss has prefabricated several steel deck sections with a total weight of approx.

Press release- This year’s cruise shipping season in Kiel was ending on Tuesday October 20th with a visit by the “AIDAcara”. Overall the port registered 133 calls this year by 25 different ships with a total tonnage of more than 8.6 million GT (an increase of 19.4% over last year). The port’s cruise terminals saw 458,771 passengers (29.6% more than in 2014) board or leave a cruise ship. Dr Dirk Claus, Managing Director of the PORT OF KIEL (Seehafen Kiel GmbH & Co. KG) said: “Both passenger figures and overall tonnage totals have set new records for Kiel”.

SMM was another full success. With more than 2,100 exhibitors from all around the world, including 150 first-timers, with 50,000 industry visitors and roughly 90,000 square metres of exhibition space, SMM has demonstrated once again what it means to be the leading international trade fair of the maritime industry. After four days brimming with activity, the 26th SMM came to a close today. "We set new records this year," said Bernd Aufderheide, CEO and President of Hamburg Messe und Congress GmbH.

Carnival Corporation & plc announced that David Dingle has been appointed chairman of Carnival UK and David Noyes, currently executive vice president operations, has been promoted to the CEO role, with operating responsibility for the UK-based brands P&O Cruises and Cunard Line. Dingle and Noyes will take up their new roles on October 1, and will both report to Carnival Corporation & plc president and CEO Arnold Donald. “This moves allows us to strengthen further our overall leadership in the critically important UK marketplace…

Swiss watchmaker Hublot has been appointed as official timekeeper aboard Seabourn cruise ships. Seabourn guests on board the line's six cruise ships will now be kept abreast of the current ship's time by means of Hublot wall clocks. Seabourn Quest Captain Geir-Arne Thue Nilsen welcomed Carnival Corporation and plc Chairman and CEO Micky Arison and Hublot's Chairman of the Board Jean-Claude Biver aboard the line's newest ship during a port call at Cannes, France. Captain Thue Nilsen led a personal tour of the Seabourn Quest…

Tickets are $20 and can be purchased at www. workingharbor.org. This special Women at Sea program features a screening of the documentary “Shipping Out – The Story of America’s Seafaring Women” followed by a conversation with seven women mariners who work as mates aboard cargo ships, tug captains, marine engineers, pilots, port officials and more. New York, NY, March 13: Women have been going to sea since the early days of our nation. Some got jobs by pretending they were men; others sailed as captains’ wives and took command of ships when their husbands were unable. 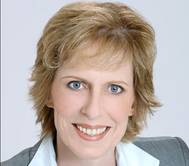 Pamela C. Conover, who has taken leadership roles at three major cruise lines, has been voted Personality of the Year 2009 by the Women’s International Shipping & Trading Association. The decision was announced at the 2009 conference of WISTA, taking place at IMO headquarters in London from September 16-18. Pam Conover is president and chief executive of Seabourn Cruise Line, a luxury cruise subsidiary of the Carnival group. The special WISTA accolade recognises an outstanding personal contribution to the maritime industry.

Royal Caribbean Cruises Ltd. (RCCL) has announced the appointment of Larry Pimentel to the newly created position of president and chief executive officer of Azamara Cruises. Pimentel will have responsibility for the strategic direction and leadership of the deluxe brand to ensure its continuous growth and success. He will report directly to Richard D. Fain, chairman and chief executive officer of RCCL. Pimentel has more than 25 years of travel industry experience catering to the high-end consumer.