Intermodal Supply Chains Strain Under the Weight of Coronovirus Lockdowns

LONDON/MADRID/LOS ANGELES, March 23 - Freight carriers are struggling to deliver goods by land, sea or air as the coronavirus pandemic forces Western governments to impose lockdowns, threatening supplies of vital products including medicines into the most affected areas, such as Italy.While China's draconian steps to stop the spread of the virus are now allowing its economy slowly to come back online, supply chains are backing up in other parts of the world.Problems ranging from…

Freight carriers are struggling to deliver goods by land, sea or air as the coronavirus pandemic forces Western governments to impose lockdowns, threatening supplies of vital products including medicines into the most affected areas, such as Italy.While China's draconian steps to stop the spread of the virus are now allowing its economy slowly to come back online, supply chains are backing up in other parts of the world.Problems ranging from finding enough truck drivers to restrictions on seafarers and a lack of air freight are hitting the smooth flow of goods…

The container port in the Limón province of Costa Rica, Terminal de Contenedores de Moín or Moín Container Terminal (MCT), operated by APM Terminals, completed its first year of operations on February 28.A press release from the international container terminal operating company headquartered in The Hague said that during the year the terminal serviced more than 1,100 ships, around 1.2 million TEUs and achieved important improvements in productivity, sustainability and the training of 1…

Hamburg, India Sea Trade Up by 17%

In the 2019 first half, 106,000 TEU - 20-ft standard containers - were handled in Hamburg on direct services with Indian ports, a gain of 17 percent. This brought India up into tenth place in Hamburg’s ranking of its trading partners for container transport.With Hapag Lloyd and its partner shipowners ONE, YML and COSCO offering an additional weekly sailing from Hamburg on the IEX - South-East India–Europe Express service from November onwards, the prospects for further growth are good.Ten liner services link the Port of Hamburg with India.

Mohamed Samara, CEO of MPS Terminal 3 at Tema Port, Ghana, announced that shareholders had approved the immediate construction of Phase 2 with completion expected by end of 2020, two years earlier than initially planned.With a depth of 18 meters, the new entrance channel to the Port is one of the deepest in Africa, allowing the worlds’ biggest vessels to enter both today and in the coming years.The harbor basin provides the space to dredge deeper and build additional wharves if required.

South Korean major Hyundai Merchant Marine (HMM) unveiled its plans to expand cooperation with Russian container line FESCO on their China Russia North Service (CRN).HMM has been jointly operating a China-Korea-Russia weekly service, under the name of ‘CRN’ with FESCO and CMA CGM.With the expansion of cooperation, the current CRN will be reorganized and two of new direct services connecting Korea and Russia, named 'KR2 (Korea Russia Service 2)' and 'KRS (Korea Russia Service)', will be introduced in the service network of HMM.HMM deploys one vessel (1,000 TEU) on the KR2 which directly connect

German shipping line Hapag-Lloyd has stopped one of two feeder services to Iran and will decide on the remaining one before a Nov. 4 deadline imposed by the United States, which has reimposed sanctions on Tehran.Hamburg-based Hapag-Lloyd, the world's fifth largest container company, said it had initiated a process to stop handling products included in the list of commodities hit by U.S. sanctions, within the required wind down timeline.The group said it did not have any direct services handling Iran volumes of its own…

MV Celine, the world’s largest short sea Ro-Ro ship, will today be christened in a ceremony at Dublin Port with guest of honour, An Taoiseach, Leo Varadkar TD, Godmother to the new ship, Geraldine O’Reilly, and the port’s chaplains. The formal ceremony is a long-held tradition intended to bring good fortune to the ship and involves breaking a champagne bottle against the hull as the ship is christened. To mark today’s occasion, new Irish music commissioned by Dublin Port and performed by John Sheahan of the Dubliners and Colm Mac Con Iomaire of the Frames will premiere at the ceremony…

Maersk Line announced the launch of the new Asia – Latin America / West Coast South America services. The service will provide Maersk Line’s customers with new direct products for Colombia, the Caribbean and Pecem, Brazil. It will reduce transit times and offer greater port coverage, while maintaining the network’s leading reliability. The new service will begin operations at the beginning of April 2018. To improve its product offering and optimise its Asia – Latin America / West Coast South America (AC) network, Maersk Line will add a fourth loop to the network at of the beginning of April.

Following the success of the Day One products introduced earlier this year, Orient Overseas Container Line Limited (OOCL) announced the forthcoming launch of the second phase of the OCEAN Alliance products in April 2018, an improved suite of products providing industry-leading services to customers. The emphasis on quality services has long been the hallmark of the OOCL brand. Since the inauguration of our services in April 2017, OOCL has made steady progress to meet the requirements of our customers as they find that we are among the top performers in terms of schedule reliability.

Following its announcement of the China Pakistan Express 2 (CPX2) last week, Orient Overseas Container Line Limited (OOCL) is all set to introduce the China Pakistan Express 3 (CPX3), another new Intra-Asia service to expand  its product portfolio by providing a more comprehensive service network connecting the markets of India and Pakistan. The CPX3 provides additional sailing frequency from Central China to Mundra and strategically expands its service coverage in Pakistan. "Together with the CPX2…

Fitch Ratings has affirmed the 'A' rating on Broward County's Port Everglades' outstanding $167 million port facilities senior revenue and refunding bonds, and has revised the Rating Outlook from Stable to Positive. Fitch reported: "The Positive Outlook reflects the expectation that the port will continue to demonstrate strong financial performance in terms of coverage and leverage, as well as anticipation that the port will maintain its diverse maritime operations and increasing revenue growth.

Taiwan’s troubled Yang Ming Marine Transport Corp is halting its container service to Iran, becoming the first foreign shipping line to abandon the route a year after international sanctions on Tehran were lifted, Reuters reported. Yang Ming announced in a regulatory filing it had suspended its share trading until May 4 in an effort to reduce losses from a global downturn in shipping. Yang Ming, the world’s ninth largest container shipping line, is a comparatively small player in Iran, calling there just once a week.

In the first quarter of 2014 total throughput in the Port of Hamburg reached 35.6 million tons, representing 8.6 percent growth. Both general cargo throughput totalling 25.2 million tons (+ 10.8 percent), and bulk cargo throughput at 10.4 million tons (+ 3.5 percent), ensured especially strong growth for Germany’s largest universal port. “In the first quarter of 2014 we in the Port of Hamburg succeeded in maintaining the previous year’s positive growth trend. Our outstanding growth…

Iceland’s Eimskip and Greenland’s Royal Arctic Line (RAL) have signed an agreement to share capacity, and together ordered three new ice-class containerships to be built in China. Eimskip said it has finalized contracts with China Shipbuilding Trading Company Limited and Guangzhou Wenchong Shipyard Co. Ltd. for the construction of two 2,150 TEU container vessels, and RAL also signed a contract for one vessel of the same type from the same shipyard. With a length of 180 meters and breadth of 31 meters…

Prior to the launch, HMM has been jointly operating two services ‘KRS (Korea Russia Service)’ and ‘KR2 (Korea Russia Service 2)’ with FESCO. HMM merged the two joint loops and broaden its service coverage to the South China and the Middle China, and changed the service name to CRS, which was also joined by a French carrier CMA CGM. The new weekly service turns in three weeks with three ships of 2,700-4,600 teus those were provided by each company. The service calls at Hong Kong, Chiwan, Xiamen, Ningbo, Shanghai, Busan, Vladivostok (Commercial Port), Vostochny, Busan, Hong Kong.

In their “Best route market study for containerised imports to South Germany”, published at the beginning of March, the Drewry Group’s supply-chain consultants investigated via which ports containers imported from Shanghai can be transported fastest and cheapest to southern Germany, i.e. Munich, Freiburg, Stuttgart, Ulm and Nuremberg. In almost all markets under consideration, Hamburg comes out better than Rotterdam, Antwerp and the southern ports in the Mediterranean. Contributing to this are numerous direct services…

ASRY in Maritime Deal with Relay

UK-based engineering firm signs service agreement to provide direct services to vessels in ASRY, expanding the list of the yard’s onsite specialist contractors. ASRY, the leading ship and rig repair yard in the Arabian Gulf, has signed a specialized Services Agreement with Relay Engineering Limited, a specialist engineering company based in the UK, to offer its expertise in electrical, mechanical and constructive engineering directly to ASRY’s customers from a dedicated service point in the yard.

Two Chinese shipping giants are likely to sign agreements with Cambodia's Sihanoukville Autonomous Port (SAP), paving the way for exporters to move cargo directly from Cambodia to China, Xinhua reported. Both Cosco and China Shipping are expected to sign with Sihanoukville Autonomous Port (SAP) shortly to commence direct services from Cambodia to China, a route that hitherto has been transhipped via Vietnam. Lou Kimchhun, director general of SAP, said that a rise in the kingdom's… 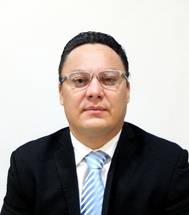 The Liberian Registry has announced new appointments in a number of areas within the global network of offices operated by its US-based manager, the Liberian International Ship & Corporate Registry (LISCR). Gerard Kenny has been appointed Technical Manager of the Liberian Registry’s London office, where he will primarily serve as a technical advisor to the Liberian delegations to the IMO. A former technical manager and class surveyor with Lloyd’s Register in London and DNV in Sydney, Kenny was most recently Chief Marine Surveyor with the Virgin Islands Shipping Registry.

In a continued effort to provide our customers with reliable and efficient services from Asia to Latin America, CMA CGM wishes to inform about the improvement of ACSA services linking Asia to Mexico, Central America and West Coast South America. Port coverage will increase and will be improved with: Pusan EB call, Balboa EB and Coronel on ACSA 2. CMA CGM will keep providing the most efficient services to link Asia to West Coast Latin America and Caribbean: 4 unique direct services from Asia to Mexico…