Neptune Energy East Sepinggan, subsidiary of the European exploration and production company Neptune Energy has agreed to acquire interests from the Eni East Sepinggan Limited, a unit of Eni in the Kutei basin production sharing contracts (PSC) offshore Indonesia.According to a press release from the Italian multinational oil and gas company, it  will continue to be the Operator of the area which is located in the East Sepinggan area, offshore East Kalimantan in Indonesia, and includes Merakes development and Merakes East discovery.

The cruise industry is facing more stringent requirements and regulations to emissions. In partnership with leading cruise lines, Norwegian technology suppliers have now developed a concept for zero-emission cruising.The concept has been developed in cooperation with Eker Design, cruise giants Carnival Corporation and Royal Caribbean Cruises Ltd, technology suppliers in the industry cluster NCE Maritime CleanTech and various interest organisations.Norwegian companies are world-leading in the development of maritime environmental technology.

The oil and gas producer Neptune Energy has announced the appointment of Eko Lumadyo as Managing Director of its Indonesian business, based in Jakarta.Lumadyo will join Neptune from Mandala Energy Indonesia, where he is currently Country President and General Manager.Lumadyo has more than 30 years’ experience in upstream oil and gas exploration, development, planning, operations and commercial affairs. He started his career with Unocal as a geophysicist and progressed within the…

Wage negotiations between Norwegian oil service workers and their employers failed early on Wednesday, the Industri Energi trade union said in a statement. The Norwegian Oil and Gas Association, which represents the employers, separately said the negotiations had been put on hold for the time being. The talks cover about 6,500 union members at around 60 companies that are suppliers to the oil industry. If the two sides fail to reach an agreement, the next move could be a round of mandatory negotiations hosted by a state-appointed mediator.

Norwegian oil firms and their employees will begin a final round of wage negotiations on June 30 in a bid to avoid a strike that would limit the output of oil and gas from western Europe's top producer, the Industri Energi labour union said on Wednesday. The deadline for reaching a compromise has been set to July 1, Industri Energi leader Leif Sande said. If no deal is struck, shutdowns could begin the following day. In 2012, a 16-day strike among some of Norway's oil workers cut the country's output of crude by about 13 percent and its natural gas production by about four percent.

Mitsui O.S.K. Lines, Ltd. (MOL; President & CEO: Junichiro Ikeda) today teamed up with a local partner in Indonesia, PT Pelindo Energi Logistik (PEL; President Director: Denny Hermanto) to launch joint operation of the LNG carrier Triputra, which conducted the project’s first discharging operation at the Port of Benoa on Bali Island. This is the second coastal shuttle transport project following one serving for West Java(*), for which MOL securedan order in 2011. In that project… 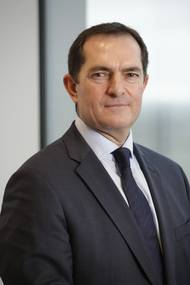 Indonesia’s $2.8 billion Donggi-Senoro LNG project has shipped its first cargo of the chilled gas on August 2, Mitsubishi Corp, which holds about 45 percent of the project, stated. The $2.9 billion project, with LNG production capacity of 2 million-tonne-per-year (mtpa), is one of several major gas infrastructure projects that the country hopes will meet mushrooming energy demands at home and around the region. After 4.5 years of development, the LNG plant operation started June 24 and the first LNG shipment was made to Indonesia's state energy firm Pertamina's Arun LNG receiving terminal…

Norwegian oil service workers begun three days of wage talks on Tuesday, demanding a new collective agreement and higher pay, days after two unions representing platform workers broke off negotiations, raising the prospect of a strike. Oil service employees, working for firms such as Schlumberger, Halliburton, Aker Solutions and Baker Hughes, now have until the end of Thursday to reach a deal, otherwise talks would go to a government mediator before possible labor action. Platform workers staged a 16-day strike two years ago… 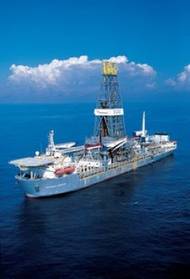 The Middle Eastern oil and gas industry is still highly dependent on foreign workers with over half of the industry’s labour force coming from the expatriate community according to latest research released by international jobs board OilCareers.com. The research, commissioned by OilCareers.com from leading oil and gas analysts Douglas-Westwood, indicates that the trend is unlikely to change in the short to medium term as the region looks to meet project demand, despite various educational initiatives by the UAE to increase the proportion of nationals entering the private sector.

Statoil preparing to halt production after notice of lockout. Statoil is preparing to shut down production on the Norwegian continental shelf (NCS) following a notice of lockout. The Norwegian Oil Industry Association (OLF) announced today that a lockout will be imposed on all members of Industry Energy (Industri Energi), the Organisation of Energy Personnel (SAFE) and the Norwegian Organisation of Managers and Executives (Lederne) who are covered by the offshore pay agreements. The announced lockout will take effect on Monday 9 July at 24:00 hrs., and will halt all production on the NCS.

Hallin Marine expanded its fleet of offshore support vessels with Kendal, a multipurpose subsea vessel, with both ROV and Air Diving capability installed departs for her first project with PT Pertamina Hulu Energi Offshore North West Java (PHE ONWJ) in Indonesia, this coming Saturday after the naming ceremony. PHE ONWJ, as her first customer, has engaged the vessel for a 3 month IRM campaign in North Java. For this work, the vessel has been equipped with two TMS  inspection class ROV’s and is supported by the project team from the Hallin office in Jakarta. 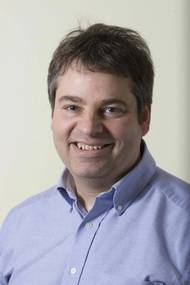