CMA CGM will not use the Northern Sea Route

Ahead of the G7 meeting at Biarritz from August 24-26, French President Emmanuel Macron, accompanied by Economy and Finance Minister Bruno Le Maire, Minister of Labour Muriel Pénicaud, and Deputy Minister for the Ecological and Inclusive Transition Brune Poirson, this afternoon has invited to the Elysée Palace representatives of the shipping industry including global leader CMA CGM.On this occasion, Rodolphe Saadé, Chairman and Chief Executive Officer of the CMA CGM Group, will…

Largest Containership Built in U.S. Will Serve Hawaii. Matson, a U.S. flag carrier in the Pacific, and Philly Shipyard, Inc. (PSI), the wholly-owned U.S. subsidiary of Philly Shipyard ASA (Oslo: PHLY) christened the largest containership ever built in the United States in a ceremony at the Philly Shipyard on Saturday, June 30. The new vessel is named 'Daniel K. Inouye' in honor of Hawaii's late senior U.S. Senator, who was a longstanding supporter of the U.S. maritime industry and its important role in supporting Hawaii's economy.

Mitsui O.S.K. Lines has announced that its group company MOL Techno-Trade will start selling an upgraded version of its energy-saving Propeller Boss Cap Fins (PBCF). MOL Techno-Trade has sold more than 3,100 PBCFs to ship owners all over the world. The new type of PBCF was jointly developed by MOL, Akishima Laboratories (Mitsui Zosen), and MOL Techno-Trade. The new design enhances propeller thrust and reduces torque thanks to refinements in fin shape and height. Tests of the new…

Norwegian exploration travel company Hurtigruten, has signed a letter of intent for the construction of up to four new explorer ships with Norwegian shipyard Kleven. The order for delivery in 2018 and 2019 is a move to meet growing demand for adventure travel from travellers in the U.S. and across the globe. The order includes the construction of two new state-of-the-art vessels, which will be designed and customized specifically for adventure-rich expedition voyages in the Arctic and Antarctic regions, as well as along the Norwegian coastline.

Harvey Gulf International Marine LLC made maritime history in North America last week by being not only the first owner/operator of a dual fuel offshore support vessel to bunker LNG as a marine fuel but to also successfully complete the first truck to vessel transfer of LNG and to power the M/V Harvey Energy on LNG. The Harvey Energy built at GCSG in Gulfport, MS is based on the Vard Marine 1 311 design and is 310x64x24.5ft powered by 3 Wartsila 6L34DF dual fuel gensets providing 7.5MW of power fueled by Wartsila’s LNGPac system.

Harvey Gulf International Marine, LLC reported that its dual fuel offshore support vessel (OSV) M/V Harvey Energy has today bunkered LNG as a marine fuel. The news makes Harvey Gulf the first North American owner/operator of a dual fuel OSV to bunker LNG as a marine fuel, as well as the first to complete a truck to vessel transfer of LNG. The bunkering took place at a shore-based terminal owned by a subsidiary of Martin Midstream Partners L.P. in Pascagoula, Miss. Participating in the activities alongside the crew of the Harvey Energy was the U.S.

ClassNK announced that it has completed work on the 31,445GT Product Tanker MUTRIBA, built by Hyundai Mipo Dockyard Co., Ltd. (HMD) as part of a series of vessels being constructed for the Kuwait Oil Tanker Company S.A.K. (KOTC). The MUTRIBA was officially delivered to KOTC at a ceremony held in Kuwait on 20 October 2014. The MUTRIBA is the fourth and final Product Tanker to be constructed by HMD as part of this series under ClassNK Rules and Regulations and in line with KOTC’s strict standards on safety and environmental performance. 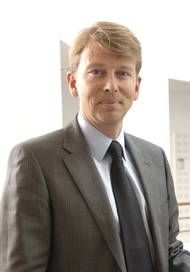 More stringent emission regulations and increasing fuel prices require the development of environmentally compatible, fuel efficient ship propulsion. At the same time, there is a mild demand for new ships and engines. Against this background Maritime Reporter & Engineering News spoke with Søren Helmuth Jensen, Vice President of Research & Development, Low Speed Marine Engines at MAN Diesel & Turbo, discussing both the challenges and opportunities which he sees. How do you describe…

LNG as the Ultimate Solution? Not so fast …

Debating the merits of LNG as the preferred marine fuel; should you wait or dive right in? It’s much more complicated than you think. The case for the use of Liquified Natural Gas (LNG) as marine fuel has been building steadily and has now achieved a position in the commercial propulsion equation. A quick check of the global fleet lists 30 vessels built and operating on LNG and a backorder list of another 40 in the pipeline. Global classification society DNV predicts that by 2030, up to 45% of vessels will be fueled by LNG.

Fincantieri launch 'Le Soleil', a super luxury cruise ship for French shipping line Compagnie du Ponent (Bridgepoint Group). The ship will be delivered in June 2013 and will be essentially more like a mega yacht in size and fitting out with a paramount attention to interior detail. Le Soleil, which will fly the French flag, is the third twin following "L'Austral" and "Le Boreal", the two mini cruise ships delivered in May 2010 and April 2011 respectively. Like its twins, the new ship is equipped with the very latest in environmentally friendly technology…