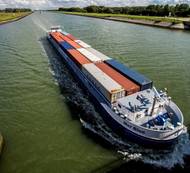 German energy company E.ON, Rotterdam Port Authority and DeltaPort Niederrheinhäfen are partnering up to create conditions conducive to switching inland shipping in Germany and Europe from diesel to battery and/or hydrogen drives.The companies agreed in Essen to develop an infrastructure so that freight and passenger ships with climate-neutral propulsion can exchange battery containers or refuel hydrogen in the ports.The partners' goals include climate protection, improved air…

Germany's Federal Minister for Economic Affairs and Energy  Peter Altmaier and coastal states agree package of measures for shore-generated power.Instead of burning fossil fuels to generate shipboard electric power, in future vessels in port should be using renewable shore-based energy. The German government is now launching appropriate measures to promote shore-generated power.Along with the premiers of Schleswig-Holstein and Hamburg and representatives of the state governments of Mecklenburg-Western Pomerania…

The United States has formally asked Germany to join France and Britain in a mission to ensure safe shipping through the Strait of Hormuz, off the coast of Iran, and to combat Iranian aggression, the U.S. Embassy in Berlin said on Tuesday."We’ve formally asked Germany to join France and the UK to help secure the Straits of Hormuz and combat Iranian aggression. Members of the German government have been clear that freedom of navigation should be protected... Our question is, protected by whom…

Mitsui OSK Lines to own, fund FSRU in Wilhelmshaven; FSRU could be operational in H2 2022.Energy group Uniper on Monday entered agreements with Japanese shipping group Mitsui OSK Lines to handle potential deliveries of liquefied natural (LNG) gas into Germany.Discussions about LNG have flared up recently as the German government wants to diversify away from pipeline gas arriving from Russia, Norway and the Netherlands.

Germany's exports to the United States in the first half of this year were worth 24.4 billion euros ($28.3 billion) more than its imports of U.S. goods, data from the Federal Statistics Office showed on Friday.The trade surplus was 100 million euros less than last year, but still meant Germany has the largest trade surplus with the United States than any other country, something U.S. President Donald Trump has vowed to reverse.Germany's trade surplus has also come under attack from the International Monetary Fund…

US Hits EU, Canada and Mexico with Steel, Aluminum Tariffs

The United States on Thursday said it will impose tariffs on aluminum and steel imports from Canada, Mexico and the European Union, reigniting investor fears of a global trade war as Washington's allies took steps to retaliate against U.S. goods.The move, announced by U.S. Commerce Secretary Wilbur Ross in a telephone briefing on Thursday, ended months of uncertainty about potential tariff exemptions and suggested a hardening of the Trump administration's approach to trade negotiations.It also sent a chill through financial markets…

Kiel posted record cargo and passenger handling figures in 2016. For the first time some 6.5 million tons were loaded or unloaded last year - an increase of 5.3 % over the previous year and the port’s best-ever result so far. Ferry services to Scandinavia and the Baltic region showed above-average growth, while trade with Russia continued to decline. Dr Dirk Claus, Managing Director of the PORT OF KIEL (SEEHAFEN KIEL GmbH & Co. KG) comments: “Kiel has achieved a record result.

Global capital markets reeled on Friday after Britain voted to leave the European Union, with $2 trillion in value wiped from equity bourses worldwide, while money poured into safe-haven gold and government bonds. Sterling suffered a record plunge. The blow to investor confidence and the uncertainty the vote has sparked could keep the Federal Reserve from raising interest rates as planned this year, and even spark a new round of emergency policy easing from major central banks. The traditional safe-harbor assets of top-rated government debt, the Japanese yen and gold all jumped.

German Government-backed project could mark the start of a series of vessel conversions. Wessels Reederei has received a government grant to convert one of its container ships to liquefied natural gas (LNG). The company said it has received a government grant in the seven-figures for retrofitting it container ship Wes Amelie (1,000 TEU) to run on LNG. The company has chosen the 2011-built, 1,000 TEU Wes Amelie to undergo retrofitting, which will be performed in collaboration with the engine manufacturer MAN Diesel & Turbo and gas specialist TGW Marine Gas Engineering.

Uwe Beckmeyer, Parliamentary Under Secretary of the Federal Minister for Economic Affairs and Energy, visited Rolls-Royce Power Systems AG in Friedrichshafen. Dr. Ulrich Dohle, company CEO who also chairs the MTU Friedrichshafen subsidiary, explained the low-emission diesel engines of the future. MTU is part of Rolls-Royce Power Systems within the Land & Sea division of Rolls-Royce. MTU's engine portfolio was presented to Under Secretary Beckmeyer in a tour of the Training Centre and Assembly Shop. Beckmeyer is the German government's coordinator for the maritime industry.

German Seamen’s Mission takes over new showcase facility. The German Seamen’s Mission (Deutsche Seemannsmission e.V.) has moved into its new showcase Seafarers’ Lounge at the Ostseekai Cruise Terminal in Kiel. The facility is for the use of ship crews and is designed to improve communication and offer advice. At an official opening ceremony and on behalf of the Port of kiel, which was responsible for building the facility, Dr. Ulf Kämpfer, Lord Mayor of the Schleswig-Holstein state capital Kiel… 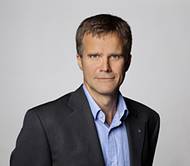 Statoil's Lund: Natural Gas is a Big Opportunity for Germany

Switching from coal to gas as the power sector is a significant opportunity to cut emissions. This alternative can save more than 50% of emissions per kilowatt-hour of electricity produced. “I think it is both timely and necessary for German to develop a plan for how natural gas can contribute to fulfilling the ambitions of the Energiewende (energy transition). Increasing the use of natural gas will be beneficial both for the German economy and for the climate,” Lund said. On June 24…

The German government will give its blessing on Tuesday to a sweeping reform of renewable energy laws designed to slow cost increases as Europe's largest economy moves to nearly double its green power share to 45 percent by 2025. Chancellor Angela Merkel's cabinet will adopt reforms to put the 'Energiewende', or transition to renewable energy, on a sustainable path as Germany attempts to wean itself off of nuclear energy and fossil fuels without killing off industries and jobs.

As maritime security evolves, so too is the need for increased and standardized professionalism in the ranks of Private Maritime Security Companies. In many respects, the maritime security industry is still in adolescence. The growing pains associated with speed of expansion have led to disparity in terms of acceptable behavior and confusion over appropriate conduct. This disparity is echoed in the PMSCs themselves - there are those who strive to lead the way in terms of professionalism and others who struggle to keep up with reasonable minimum standards.

The Kiel Canal, one of Europe's most vital shipping waterways, shut down after two neglected locks finally gave up the ghost. It's the world's most heavily trafficked man-made shipping lane, but since Wednesday few ships have been seen on the 100-kilometer (62-mile) long Kiel Canal, which cuts through the northern German state of Schleswig-Holstein to form a roughly 450-kilometer shortcut between the North and Baltic Seas, reports Spiegel Online International. Although the canal is under the jurisdiction of the federal government…

Top Society Announces Further Expansion in Germany. ClassNK announced that it has earned authorization from Germany’s BG Verkehr to carry out surveys on behalf of the German Government, and will be further expanding its operations in the leading ship owning nation. The announcement was made during a reception to commemorate the authorization at the prestigious Hafen-Klub on 11 February 2013. As the notified body for German flagged vessels under the EU Maritime Equipment Directive (MED 96/98/EC)…

According to a September 6 report from Bloomberg, the German government’s plan to extend the phase-out of nuclear power risks hampering investment in offshore wind turbines. Utilities including E.ON AG and RWE AG may cut their investment in the industry to compensate for a tax of $3.9b a year they will be charged, said an analyst at Bloomberg New Energy Finance. The levy on nuclear-plant operators is meant to support renewable energy. (Source: Bloomberg)