JFD, a part of James Fisher and Sons plc, acquired all the assets, IP and designs rights of Ortega Submersibles BV, a Netherlands-based submersible boat designer and manufacturer. The acquisition will enable JFD to expand further its offering of advanced Swimmer Delivery Vehicles (SDVs) and to develop new vehicles and capabilities in order to meet increased market demand for specialized small and medium-sized craft.JFD, through its subsidiary JFD Ortega BV, will retain Ortega´s…

The subsea operations and manufacturing company JFD, a part of James Fisher and Sons, has received a multi-million dollar contract for the design and build of an advanced Deep Search and Rescue Vehicle (DSRV).The DSRV will be delivered as a part of a submarine rescue capability being provided to the Republic of Korea Navy (RoKN).The contract, awarded by South Korean shipbuilder Daewoo Shipbuilding and Marine Engineering (DSME), will ensure the provision of an advanced and highly…

JFD, the leading global subsea operations and engineering company, part of James Fisher and Sons plc, has today announced the launch of its new Compact Bailout Rebreathing Apparatus (COBRA) for commercial divers, as a direct response to the urgent need for significant improvements in safety in the saturation diving industry. The system significantly extends the duration of the supply of emergency breathing gas, delivering 45 minutes of emergency life support at a depth of 120 meters. A conventional open-circuit 300 bar twinset bailout system will deliver only seven minutes at that depth.

JFD, a subsea operations and engineering companies, has today announced the appointment of Valerio Percoco as Sales Director. The appointment follows the company’s significant growth over the past 12 months, which included a significant contract win with NATO, as well as the merger of James Fisher Defence, Divex and the National Hyperbaric Centre to create the  largest provider of subsea operations and engineering solutions, equipment and services for defence and commercial markets. 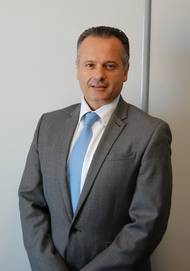 An experienced figure in the subsea sector has been appointed Managing Director of DOF Subsea UK. Giovanni Corbetta, who was most recently Managing Director with Hallin Marine, will lead the company’s transformation from vessel operator to provider of integrated subsea solutions for the market from its headquarters in Aberdeen. In total, Giovanni has more than 22 years of experience in the subsea sector and has also worked with major companies including Sonsub and Saipem. His expertise encompasses areas such as international project management…

Hallin Marine, a Superior Energy Services Company, has appointed a new managing director for its West Division as it grows the capability and assets of its Aberdeen-based operation. Hallin has promoted Giovanni Corbetta to the Managing Director’s role after he distinguished himself as the division’s projects director. Giovanni has strong, industry-wide experience and is considered ideal to lead Hallin’s expansion in the region as it continues its growth from ROV operations to an integrated subsea contractor.