Bomin Group, a supplier of marine fuels, has agreed to sell its Belgium operations to certain individuals of the Somers family, controlling the tanker shipping company Somtrans.Bomin announced in September 2018 that it was exiting the bunker market in Antwerp, said a press release from the company.The purchasers will acquire 100 percent of the shares in Bomin Belgium, located in Antwerp. Subject to merger clearance, the deal is expected to be formally concluded on December 31, 2018.

Germany-based Bomin Group has started delivering ultra-low sulphur fuel oil (ULSFO) as a marine fuel to ships calling in the Amsterdam-Rotterdam-Antwerp region, the company said. The ULSFO marine fuel has a maximum 0.1 sulphur content and complies with regulations on designated Emissions Control Areas (ECAs)as well as the International Maritime Organization's (IMO) global sulphur cap in 2020. Coming IMO rules will slash the amount of sulphur emissions that ships worldwide are allowed to burn from 3.5 to 0.5 percent by 2020.

The Bomin Group, a global physical supplier and trader of marine fuels, has announced that it has strengthened its physical operations in the ARA region (Amsterdam-Rotterdam-Antwerp) by time-chartering two new bunker barges. The move supports Bomin’s business strategy of investing in key regions, and developing its global infrastructure and resources to drive long-term growth and sustainability. Both bunker barges are modern, state-of-the-art 3,600 DWT and 3,100 DWT vessels, with fast pumping rates to maximise speed throughout the delivery process.

Physical supplier and trader of marine fuel oil the Bomin Group is launching a physical operation in Port Louis, Mauritius, effective from July 12, 2016. Bomin (Mauritius) Ltd. will utilize the 2008-build, double-hulled bunker barge MT Hakkasan to provide customers with products, including IFO 180cst, as well as MGO. All deliveries will be provided under a Bomin specific Bunker Delivery Note (BDN). “Port Louis is the only official port of entry and exit for sea vessels in Mauritius…

The Bomin Group, a leading global physical supplier and trader of marine fuel oil, has today appointed Andrew Laven as the new Regional Manager for Middle East and Africa. Laven has a wealth of experience in the bunkering industry, most recently as Vice President of BP Middle East. He joins Bomin during an important period, as the company expands and develops its operations in key territories, strengthening its global team in order to achieve its ambitious growth targets. Jan Christensen… 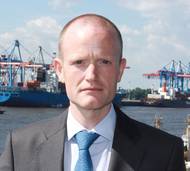 The Bomin Group, a global physical supplier and trader of marine fuel oil, announced a number of appointments within its leadership team in order to create a solid foundation for further growth in the coming years. Effective April 1, 2016, Thomas Roller has been appointed as the sole Managing Director of Bomin Bunker Holding. Thomas Johannsen, former joint Managing Director of Bomin Bunker Holding, has been appointed Director Public Affairs of Marquard & Bahls. At the same time, Jan Christensen has been appointed as Global Head of Bunker Operations for the Bomin Group.

Company continues roll-out of measurement technology across global fleet to provide customers with accuracy in supply. OW Bunker  hasannounced that it has installed a Coriolis Flow Meter on one of its refueling barges in Rotterdam. OW Bunker is the first independent physical fuel distributor to use the technology when supplying customers in the region, as it looks to ensure increased accuracy in measuring the quantity of product delivered. The new technology will be subjected to a rigorous trial period before being offered as a standard feature to customers refueling in Rotterdam. 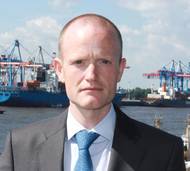 Responds to increased ECA demand with launch of LSFO supply barge. OW Bunker, a global supplier and trader of marine fuel and lubricants, has announced that it will supply low sulphur 1% RMG 380cst fuel from Balboa, Panama from mid-October 2012. The move will serve to meet the growing demand from customers transiting the North American ECA zones. The company's local supply tanker, MT Star Alpha, has been released from dry-dock following modifications to the supply vessel's tanks to provide complete segregation of LSFO products, which is vital to ensuring quality. 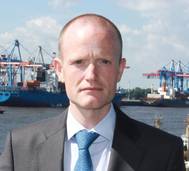 OW Bunker, suppliers of marine fuels and lubricants worldwide, launch a new standard to ensure the quality of products supplied by its physical division. The move is part of strategy to drive annual global claims below 1%, an unprecedented figure in the bunker industry. In order to achieve this, customers will now be provided with a specification analysis on a minimum of 90% of all physical product orders, delivered prior to the usual testing procedures conducted by an external fuel oil analysis provider.