The first foundations for Dominion Energy's Coastal Virginia Offshore Wind pilot project have been shipped from Germany to Canada for eventual installation 27 miles off the coast of Virginia Beach, Va.On March 31, the foundation components for two 6MW Siemens Gamesa windmills were loaded onto the Netherlands-flagged BigRoll Beaufort at the EEW facility in Rostock, Germany. In order to be able to transport all wind equipment in the most safe way, the in-house engineers of Roll Group have designed dedicated grillage for Jan De Nul, the contractor who will install the turbines.

Damen Yichang Shipyard in China recently hosted a different kind of steel cutting ceremony for a RoPax Ferry 6716 being built for the Government of Timor-Leste.Ordinarily, Damen would invite its clients and guests to attend the celebratory event, but the occasion on April 27 was marked by a digital gathering due to safety measures surrounding the global COVID-19 outbreak.Damen sales manager Gysbert Boersma said, “During the coronavirus crisis, our first priority is for peoples’ safety and wellbeing.

The German National Metrology Institute (PTB) has granted Seijsener the “Baumusterprüfbescheinigung” (type examination certificate) for Seijsener's shore power cabinets. This makes the Dutch company the first manufacturer of shore power for ships in Europe to be awarded this ‘Eichrecht’ certificate. In cooperation with partner Involtum, both hardware and software have been developed in such a way that Seijsener guarantees its customers a fair, transparent and traceable transaction.So what does this mean?In the Netherlands…

The first ocean-going vessel of 2020 arrived Monday at the Port of Indiana-Burns Harbor, thereby commencing this year's international shipping season at the Great Lakes port.Port officials welcomed the M/V Muntgracht, a 466-foot general cargo carrier, after her five-day voyage through the St. Lawrence Seaway to the deepwater port on Lake Michigan. Due to the current global pandemic precautions, the ceremonial Steel Stein, a long-running tradition at the port, was canceled this…

David Roodenburg is the third generation from the Roodenburg family to become CEO of the Netherlands-based equipment manufacturer Huisman.His father, Joop Roodenburg, is currently active as President after he appointed Theo Bruijninckx CEO in April 2018, with the objective to prepare the company for the next generation. Bruijninckx will remain active in Huisman in his role as the company’s CFO.Since 1980, Huisman has been owned and led by the Roodenburg family, growing from 20 employees to 2,000 to date.

CMA CGM said on Thursday it has completed the sale of stakes in eight port terminals for $815 million to its joint venture with China Merchants Port Group.Late last year, CMA CGM reached a deal with China Merchants to sell stakes in 10 port terminals to the companies' Terminal Link venture for $968 million, as part of efforts by CMA CGM to finance its acquisition of Swiss-based CEVA Logistics and reduce group debt.The first eight terminals included in the transaction are Odessa Terminal (Ukraine)… 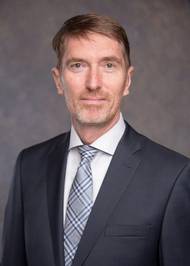 As of April 1, Marc van Heyningen will become the new Chief Operations Officer (COO) of Damen Shipyards Group. This completes the Executive Board of the leading Dutch maritime solutions provider.Marc is a MSc in Civil Structural Engineering at Delft University and has spent the vast majority of his career working for Fluor Corporation in various general and operations management positions in, for example, The Netherlands, The UK, India and the USA. His last role was Vice President of Operations based in Fluor Company Headquarters in Dallas…

C-Job Naval Architects is set to open an office this spring in Athens, Greece. C-Job veteran Nikos Papapanagiotou will take on the role of General Manager and will lead the new office in Athens. He said, "C-Job has seen significant growth over the past few years in both the industry as well as in the demand for our services. To enable us to continue to meet this demand now and in the future, we are opening an office in Athens."C-Jobs has a strong track-record in several industries including ferries, dredging, offshore (wind) and mega yachts.

The Netherlands based heavy cargo specialist Roll Group said it has signed a contract to further develop and open its own yard at Indonesia's Bintan Offshore Marine Center (BOMC).BOMC has offered Roll Group the opportunity to become an exclusive partner in the BOMC yard, which means that Roll Group takes care of the cranes and trailers to further develop the yard.Robin Koenis, Managing Director of Roll Group APAC: "The yard will also have a jetty access, which is perfect for our company with its land/sea combination.

Business and Personnel Considerations in the Age of Autonomous Ships:

There is much talk among maritime professionals about how automation and autonomous vessels will make the industry safer. In truth, innovation will be driven by the bottom line and will take time before it is commonplace in the industry. Early examples are likely to be limited to smaller vessels and coastal waters. Autonomous ships are predicted to reduce human error, a major driver of accidents, but crews will still have an important role on board vessels for the foreseeable future.Recent TrialsIn December 2018…

Low-sulfur fuel sales rose sharply in Rotterdam in the last quarter leading up to the implementation of International Maritime Organisation (IMO) 0.5pc sulfur cap on 1 January.According to Port of Rotterdam, the demand for LNG, bio and low-sulfur bunkers has increased enormously in Rotterdam over the past year. Total sales in this largest European bunker port fell from 9.5 million m3 to 9 million m3.In the last quarter of 2019, sales of low-sulfur bunker oil with a maximum sulfur content of 0.5% – the so-called VLSFO, very low sulfur fuel oil – increased enormously.

Costa Rica seizes 5 tons of cocaine bound for Holland in largest ever drug bustPolice in Costa Rica seized more than 5 tons of cocaine bound for the Dutch port of Rotterdam in the country's largest ever drugs bust, officials said.The authorities on Saturday found the cocaine in Costa Rica's Caribbean port of Limon, stashed inside a shipping container of decorative canopy plants bound for the Netherlands.The anti-narcotics police discovered the drugs in 202 small bags and said the cocaine was produced in South America…

Damen Shipyards signed a contract with the Ministry of Infrastructure, Communications & Transport of the Revolutionary Government of Zanzibar for the supply of five inshore ferries to carry tourists visiting Pemba Island and others nearby in the Zanzibar Archipelago.The contract is for three vessels of the Damen Ferry 804 design and two of the Damen Ferry 1204 design, together with a spare parts package for the first year of operation and on-site training in operating and maintaining the vessels.

Swedish multinational power company Vattenfall said that it had reached a number of important milestones during the year 2019. In Denmark the Horns Rev 3 (407 MW) wind farm was inaugurated, and construction was started on Kriegers Flak (605 MW), said European energy company."In the Netherlands we had the winning tender for Hollandse Kust Zuid 3&4 (~750 MW). We will develop and operate this project together with the first stage, Hollandse Kust Zuid 1&2, entirely without subsidies…

Commercial activity increased significantly in the offshore segment, with order intake in the last twelve months doubling to 3,343 MW, said Siemens Gamesa Renewable Energy(SGRE)Of that figure, 1,279 MW were signed in the first quarter of FY2020 (October 2019 - December 2019)."Siemens Gamesa is the clear leader in this segment, with a pipeline of projects totaling 9.6 GW," the Spanish-based engineering company said in a press release.Offshore turbine orders jumped to a value of €1.55bn during the first quarter…

CEDA and IADC has launched a new course for professionals involved in dredging-related activities for water infrastructure development. The Dredging for Sustainable Infrastructure Course will be held on June 23-24, 2020 in Hotel Van der Valk Den Haag in Nootdorp, The Netherlands. The course is based on the association’s flagship guidebook with the same title.At this 2-day course, participants will learn how to achieve dredging projects that fulfil primary functional requirements…

Excelerate Energy announced it has agreed with partner Engro Elengy Terminal Ltd. (EETL) to expand the EETL liquefied natural gas (LNG) import terminal in Port Qasim, Pakistan.Under the heads of agreement (HOA), Excelerate will exchange its existing floating storage and regasification unit (FSRU) Exquisite with a newbuild FSRU, Hull 2477, which is currently under construction at South Korea's Daewoo Shipbuilding and Marine Engineering (DSME) shipyard and due to be delivered in April 2020.

The technology solutions provider for the marine and energy markets Wärtsilä has been selected to provide the complete system design and full equipment scope for two new 9300 DWT self-discharging bulk carriers featuring hybrid propulsion.The Finnish corporation announced that the ships will be the first of their kind to be fitted with a hybrid propulsion solution. They are being built for Norway’s Aasen Shipping at the Royal Bodewes shipyard in the Netherlands. The yard has also designed the vessels.

The  container logistics company A.P. Moller - Maersk has embarked on a journey that covers the end-to-end logistics of first-ever Sri Lankan made electric supercar Vega EVX that will be unveiled at the Geneva Motor Show 2020 later this year in March.The car built in Colombo, started its journey from the Vega Innovations workshop in the heart of the city and is currently en route Port Rotterdam in the Netherlands from where it will continue all the way to Geneva, Switzerland.Maersk…

The Nordic energy company Gasum said its LNG bunkering vessel Coralius has successfully performed its 200th ship-to-ship LNG bunkering operation.The vessel receiving the LNG fuel was Fjord Line’s MS Stavangerfjord. The bunkering took place while Stavangerfjord underwent periodical maintenance at the Fayard yard in Odense, Denmark.“We normally supply LNG to Stavangerfjord by a loading arm on a regular basis directly from our LNG plant in Risavika,” said Gunnar Helmen, Sales Manager at Gasum.“It’s great to get this opportunity to supply the cruise ferry with LNG in dock in Denmark.

The Indian Register of Shipping (IRClass) said that the classed fleet registered approx. 3% growth in the past year.The ship classification society said that its foreign flag fleet continued to grow at a robust pace with 16% more vessels added during 2019 demonstrating strong global acceptance of IRClass services.IRClass received several flag authorizations in 2019 including key flags like Cyprus and Denmark and is now recognized by 45 flag states worldwide. It opened a new office in the Netherlands to add to its other European offices in the UK…

The Netherlands-based Mammoet confirmed it has completed its acquisition of UK-based rival ALE, creating the industry’s largest engineered heavy lifting and transport services provider.The businesses will operate as one company under the Mammoet brand with more than 140 offices and branches worldwide, Mammoet said in a press release on Wednesday.An integration plan to be rolled out over the coming months will focus on bringing the two organizations together, Mammoet said. ALE executive board member Michael Birch will join Mammoet's executive management team as chief commercial officer.

CMA CGM said on Friday it had finalized an agreement with China Merchants Port Holdings Co.

The Netherlands-based terminal operator APM Terminals, a subsidiary of Maersk Group, has signed a letter of intent for the sale of APM Terminals Rotterdam to Hutchison Ports, owner of the adjacent ECT Delta terminal.The complete transfer of shares is based on the agreement that, in the short term, APM Terminals Rotterdam will continue to exist as an independent organisation with a 5-year volume guarantee from parent company, A.P. Moller-Maersk and no forced redundancies within 4 years of signing the agreement.Under the ownership of Hutchison Ports…