Commodities trader Trafigura Beheer has become the first company to offer a defined Covid premium on an Asian syndicated loan, paying up to an extra 20bp all-in on its latest US$1bn-equivalent financing.The novel pricing structure is a first for Asia, if not globally, and could set a precedent for other price-sensitive borrowers looking to limit the long-term effects of the pandemic on their funding costs.Without the Covid premiums, the terms of Trafigura's new deal are little…

Industry leaders and non-profit the Sustainable Shipping Initiative announced the launch of the Ship Recycling Transparency Initiative’s (SRTI) online platform - a tool for sharing information on ship recycling to drive responsible practice.According to a press release, the platform comes nine months after a group of shipping companies first announced their collective effort to use the market-drivers that transparency brings to make responsible ship recycling the norm. Demanding transparency holds the shipping industry to account…

Acquiring ships from financially troubled shipping companies will remain one of the mainstay jobs handled by South Korean finance house Korea Asset Management Corporation (KAMCO) next year, reports Korea Times. The company has bought 33.3 billion won worth of assets from two SMEs in the January-October period and plans to acquire assets valued at 40 billion won from two to three SMEs by December, a move to give relief to financially troubled companies, KAMCO Chairman Hong said in a press conference on Dec.

BOURBON completes vessel sales to ICBC Financial Leasing and Standard Chartered Bank and announces new sale and bareboat charter agreement with Minsheng Financial Leasing Co. BOURBON has completed the transfer of ownership under the agreements with ICBC Financial Leasing (ICBCL) and Standard Chartered Bank (SCB) as part of the sale and bareboat charter agreements signed in 2013, the company announced today. During 2014, the ownership of 25 vessels was transferred to ICBCL in accordance with the agreement signed in April 2013.

“Sequentially, the first quarter saw a contrast in results between different segments, with satisfactory performance in shallow water and weaker performance in deepwater and crewboats. In subsea, activity was supported by a utilization rate of more than 94%,” said Christian Lefèvre, Chief Executive Officer of Bourbon. “Sequential revenues were impacted by seasonal effects while year on year results were impacted by foreign exchange rate movements. Quarterly revenues rose 7.9% (at constant rates) partly due to a 7.1% increase in the size of the fleet, the company said.

Pacific Drilling S.A. sign a $1 billion senior secured credit facility agreement to finance construction of the Pacific Sharav & Pacific Meltem. The term loan made pursuant to the credit facility will have a maturity of 5 years from the delivery date of the Pacific Meltem. A portion of the funding will be provided before delivery of the vessels, with all drawdowns from the facility subject to satisfaction of customary conditions precedent. The transaction was led and structured by Citibank and DNB… 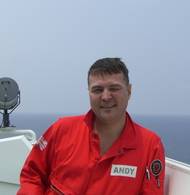 Leading maritime services experts to debate key technical, environmental, health and safety issues of adopting LNG marine fuel at Middle East Workboats 2011. The future of LNG as a viable and sustainable alternative marine fuel for working vessels is one of the most eagerly-anticipated sessions taking place at Middle East Workboats 2011, the definitive event for workboat operators, builders and equipment suppliers. Taking place from 3-5 October, 2011 at Abu Dhabi National Exhibition Centre…

Topaz Marine recently confirmed the acquisition of the Multipurpose Support Vessel (MPSV) Ocean Commander in . The vessel has been renamed Topaz Commander and joins Topaz Marines’ fleet of around 100 vessels. Built in 1999 in Myklebust as a 84 m UT 745 Platform Supply Vessel (PSV), the addition of a 50t knuckle boom crane makes the Topaz Commander a highly competent MPSV. She is classed as a DP2 vessel and features twin thrusters aft, a tunnel thruster and drop azimuth forward. At 4,263 DWT and 840 sq. m. of clear deck space, Topaz Commander is among the largest vessels in Topaz’s fleet.

Bibby Offshore Limited, the Aberdeen-based provider of subsea construction and offshore management services, announced that it has acquired the dive support vessel (DSV), Bibby Sapphire, from the vessel’s present owner, Volstad Subsea AS. A $52.5m loan facility has been provided by Standard Chartered Bank to fully fund the acquisition. Standard Chartered Bank will act as sole lender in the transaction. Bibby Sapphire has been on time charter from Volstad to Bibby Offshore for the last five years.

Topaz Energy and Marine announced that it had raised $42m from Standard Chartered Bank, Dubai in support of its fleet expansion plans, taking its total financing raised in 2009 to $150m. Topaz has contracted over $150m in bank finance in 2009 and the lion’s share of the funds have been deployed to support its fleet expansion and modernization program. Although finance available for the shipping sector as a whole is scarce, the OSV space that Topaz occupies is a relative bright spot for banks.

Abraaj Capital and Waha Capital backed Gulf Marine Maintenance and Offshore Service Company (GMMOS), an United Arab Emirates based provider of marine services to the offshore oil & gas industry, has secured a $100m term loan facility from Standard Chartered Bank, Abu Dhabi Commercial Bank, Credit Suisse and Deutsche Bank to refinance existing debt and fund acquisitions in the offshore supply vessel (OSV) sector, with a focus on the GCC and South East Asia markets. The acquisitions are expected to lead to a significant increase in Group profitability and asset base…

Companies, organisations and individuals that have championed high standards and quality in shipping issues have been honoured in the annual Seatrade Middle East and Indian Subcontinent Awards. The awards, recognising maritime safety and the environment, ship and port operations and efficiency, security and financing, were presented at a gala dinner attended by around 600 senior executives of the region’s maritime and related industries at Al Johara Ballroom, Madinat Jumeirah, Dubai, on Thursday.