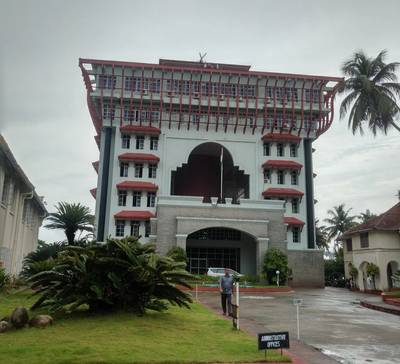 The technology group Wärtsilä will upgrade its Vessel Traffic Management System (VTMS) installed in the Indian port of Cochin, bringing additional benefits such as improved traffic monitoring and control.

The system was originally delivered in 2008, and the order with Wärtsilä to upgrade the system was placed in February 2020 by the Cochin Port Trust (CoPT). The upgrading project is scheduled for completion by the end of July 2020.

According to Wärtsilä, the upgraded VTMS will enable seamless coverage of the port’s radar and automatic identification system (AIS) for traffic monitoring and control, thereby raising the existing safety and efficiency levels. The Navi-Harbour VTS software also provides an interactive and user-friendly interface for the system’s operator. Wärtsilä and CoPT have also signed a five-year Comprehensive Annual Maintenance Contract (CAMC) for the upgraded system and a 6-year CAMC for the existing equipment.

“Ports all around the world are getting busier and a VTMS is essential for ensuring that the port’s operations are safe and efficient. The existing system at Cochin Port is completing 11 years of continuous use, during which time the number of vessels visiting the port has increased by more than 35 percent. The Wärtsilä VTMS has helped the port to integrate the traffic from major projects, such as the Single Point Mooring (SPM), the International Container Transshipment Terminal (ICTT), and the LNG Terminal, into the existing shipping channels. Because of the continuing growth in shipping traffic, it was necessary to upgrade the VTMS to make it fully technically compliant, and to cope with future requirements,” says Capt. Joseph Alapat Dy. Conservator (DC) Cochin Port Trust, India.

Cochin is a major port on the Arabian Sea – Laccadive Sea - Indian Ocean sea route, and is one of India’s largest ports. The Cochin Port Trust is owned by the Indian Government’s Ministry of Shipping.

Baltic Index Up for 20th Session on Stronger Vessel Demand