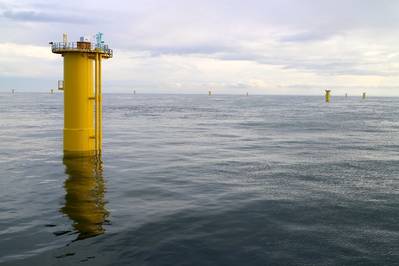 Netherlands-based provider of steel foundations to the offshore wind, Sif Holding NV  said that the Vineyard Wind, which was set to be U.S.'s largest offshore wind farm will be further delayed.

The installation of the monopiles is subject to a schedule that includes seasonal restrictions on pile driving activity as a protective measure for the highly endangered North Atlantic Right Whales.

Sif’s ability and confidence to meet this schedule was an important consideration in being selected by Vineyard Wind. Sif scheduled the production of these monopiles for the first half of 2020, said the company.

The requirement of an additional Environmental Impact Study (EIS) by the Bureau of Ocean Energy Management (BOEM) is now delaying the project beyond the timeframe initially assumed by Vineyard Wind. This unexpected requirement again is a good example of the volatility of the offshore wind market.

Sif and Vineyard Wind are investigating the impact and possible mitigation of the delays caused hereby. It however has become inevitable that delays will be suffered which will impact Sif’s production planning for 2020. If and how this will have an impact is not yet clear as this depends on how Vineyard Wind decides to proceed.

At this time, it is Vineyard Wind’s priority to get clarity on the impact for the total Vineyard Wind project. Vineyard Wind has indicated that they need some time to assess, which could take approximately four to six weeks, the company pointed out.

Sif has allowed for a delay of a few months in their planning and included decision moments on the planning in their contract with Vineyard Wind, it said.

Sif is studying the consequences of mitigation options beyond the contractually agreed delay decision moments. Once clarity on their expected new schedule is received from Vineyard Wind within the next four to six weeks, the impact on Sif’s production planning and schedule can be assessed in more detail.

Only at that time it will be clear if there is a financial impact beyond the provisions in the contract and what mitigating actions Sif is able to take.

Brazil on a Grain Exporting Spree