INSIDE THE DATA BARGE: Silicon Valley Meets Maritime in the Making of NDT's Barge-based Data Center

When one says “Silicon Valley”, the first image to come to mind likely is not a barge. In fact, arguably, a barge would not make the “Top 100,000”.
Jim Connaughton and NDT are aiming to change that, as it teamed Elliott Bay Design Group, Lind Marine, Veolia and the Port of Stockton to refurbish and deliver a data center on the water, a concept that NDT says offers many intriguing strategic and environmental advantages that could make barge-based data centers the wave of the future.

“Data centers are now new mission-critical essential infrastructure, just like power plants, just like shipping and ports, just like water treatment facilities,” said Connaughton. “With our partners at Elliott Bay Design Group we’ve married the best of maritime technology and adapted that for use in the data center environment to produce a data center that is among the highest performing in the world, the most energy efficient in the world, and critically, super sustainable. Now, when you put those three things together, the fourth feature is flexibility and mobility, similar to other forms of infrastructure such as floating power plants, floating water treatment facilities or floating offshore housing facilities.” 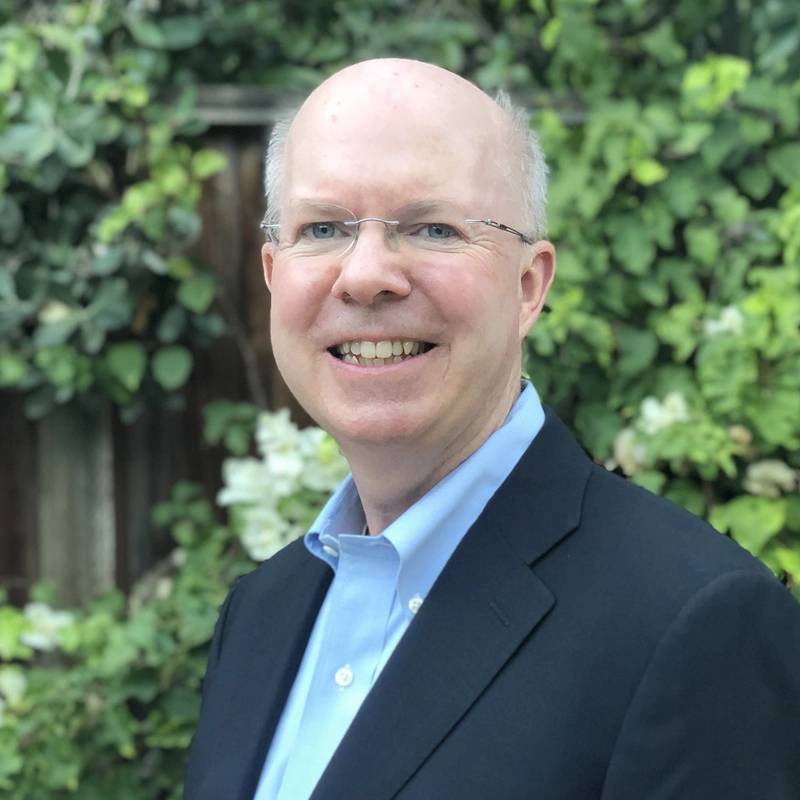 “With our partners at Elliott Bay Design Group we’ve married the best of maritime technology and adapted that for use in the data center environment to produce a data center that is among the highest performing in the world, the most energy efficient in the world, and critically, super sustainable ... the fourth feature is flexibility and mobility.” – Jim Connaughton, CEO, NDT –

Heat’s a (computer) killer
“When you think of a data center, it’s like a Costco with a hundred times the air conditioning (requirement),” said Connaughton, as data centers by their nature – with rows and rows of high-power, high-value, power-hungry computers – require massive cooling units to ensure the computers remain at optimal temperature for functionality and long-life. Here in lies one of the big strategic advantages for a barge-based system, as the proximity to the water provides an abundance of natural water cooling, which is a long- proven solution to keep ship and boat engines cool. NDT’s patented Total Resource Usage Effectiveness (TRUE) cooling closed water loop technology is central to the concept’s success.

“At Nautilus we put our heads together with Elliot Bay and said, “Hey, let’s figure out how we can create a floating data center and take advantage of the natural coldness of the water around it to cool that data center,” said Connaughton. While the cooling solution provides a preferable solution to keeping the computers cool, it also provides another key strategic advantage according to Connaughton: Sustainability.

“We gather up cool water and circulate that through an open loop to a heat exchanger. Then we connect that to a closed loop of pure water inside the data halls, and we bring that cold water right to the back of the computer racks to pull the heat off the servers. Then we take that warm water back out to the open loop and put it back in the environment, with a very low (return) temperature impact. So we are harmonious with the thermal signature of this industrial activity, which means we can do this without any concern about harm to fish and wildlife.”

According to NDT, the barge-based data center is 75% more energy efficient in cooling compared to air conditioning, which is a powerful argument in and of itself. But add in that the barge-based system consumes no water – “we just borrow it for 16 seconds,” said Connaughton – and is uses no water treatment chemicals or refrigerants, the ‘Sustainability’ claim grows stronger. 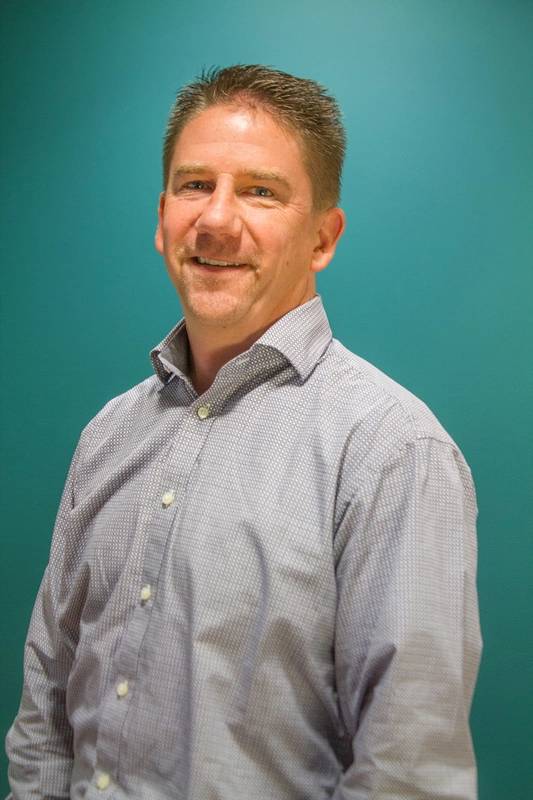 With an eye on both keeping the valuable ‘cargo’ sufficiently cooled and being kind to the environment, the seawater cooling lines on the barge-based data center are large and unique – 18-inches in diameter – “which is done intentionally with some other features to minimize the environmental impact to the sea life in the area.” – Michael Complita, PE, VP Strategic Expansion, EBDG

Not your standard barge load
While the cargo on NDT’s data barge might be unique, the barge itself will look most familiar according to Michael Complita, PE – VP Strategic Expansion, EBDG. “From a naval architecture side, I would say in one respect nothing’s really different about this barge from most of the barges out there,” he said, noting that the NDT units are designed and built to ocean marine standards “so that barge can be pulled anywhere on the planet and stand-up to the ocean environment, mobilized and re mobilized anywhere in the world.”

On the other hand, Complita calls it “Probably one of the most unique vessels I’ve ever worked on,” premised on the unique systems found onboard, including the orientation of the sea water cooling system. “In most barges and ships you have a sea chest at the aft end of the vessel, kind of down low, where you take in the water and then discharge back out in that same area or back out the stern. In (the case of the barge-based data center), because we’re facing upstream in a current, we’re taking advantage of that natural flow and the water comes in to the intakes at the very front of the barge and then runs through the piping system in the vessel and then back out the back end of the vessel.”

With an eye on both keeping the valuable ‘cargo’ sufficiently cooled and being kind to the environment, the seawater cooling lines on the barge-based data center are large and unique – 18-inches in diameter – “which is done intentionally with some other features to minimize the environmental impact to the sea life in the area.” To that end, there are large rotating screens on the end of the vessel where the water comes in, using the natural convection of the river to ensure that the flow through the system is very light.

“So any fish that do get into the vicinity of the intakes are able to swim away. They’re not going to get sucked into that screen and held there until they die. The screen is also a very fine mesh, with a system that continually moves to keep it clean and clear of any debris,” and to keep fish and other sea life from being sucked into the system.

Once the water gets into the system, there is an ultraviolet light treatment designed to keep barnacle and muscle growth in check. “From that point it’s pretty much a traditional (maritime) seawater heat exchanger,” said Complita.

A critical design element in both maritime and data centers is redundancy, and Complita said that all of the primary systems that serve the data storage are fully redundant, and there are duplicate systems for the raw water intakes. “Also the electrical system is pretty unique on this, too,” said Complita. “A lot of vessels have redundant electrical systems, but Nautilus has gone so far as to actually separate the shore power into a 50/50 split at the forward end and aft end of the vessel for redundancy. So if one whole side of the server system goes down, they still have that backup power and storage for serving their customers.”

“Get smart”
With the first barge-based data centered delivered in late 2020 and now fully operational in the Port of Stockton, CA, Connaughton envisions a vibrant and growing market globally, a solution that intersects with urban planners’ mission to build and maintain ‘smart’ transportation and cities.
“Ports are our friends, and we can bring new economic activity and vitality to the ports,” he said. “We can (for example) be the anchor for the cable landing stations that typically come through the ports, we intersect with smart maritime, smart transportation, smart cities. You hear about ‘smartness,’ all the time. Well, to make smartness smart, you need data centers. And the best place to get those data centers right in the heart of our population centers is to partner with the ports and the other shore-side industrial players.”

In particular, Connaughton sees smaller, secondary ports as prime partners, as many of these ports have lost business to the larger ports as containerships and containerization continues to grow. But critically, the NDT data barge solution is not targeted solely to developed countries, as the barge … which is designed to either sit in the water or land-side next to the water … doesn’t even need a finished berth to be installed and operational.

“As long as we’ve got a good stable shoreline and the sufficient water depth of about five meters, we can just float the data center right in,” said Connaughton. “We take some technology from the liquified natural gas sector in terms of the pilings that we use to moor the vessel; it’s a sliding piling system and then some relatively straightforward shoreside electrical and mechanical infrastructure.”
This could be particularly attractive to developing nations, where the need for computing power is high and, generally, the port facilities are already some of the more developed industrial areas in the country.

Next steps
With the NDT barge installed at the end of 2020 during the height of COVID, Connaughton said this start-up just started really marketing itself in the spring of 2021, and the next steps include first the standardization of the design so that it can be replicated with increasing ease and efficiency globally in the years to come.

“We are in design work with Elliot Bay right now to take all of this custom work and create a classic modular construction and deployment capability,” said Connaughton, noting that talks are ongoing with port globally – from Ireland to Australia, France to Africa – and in the coming 24 to 36 months he hopes to get 10 or more built. 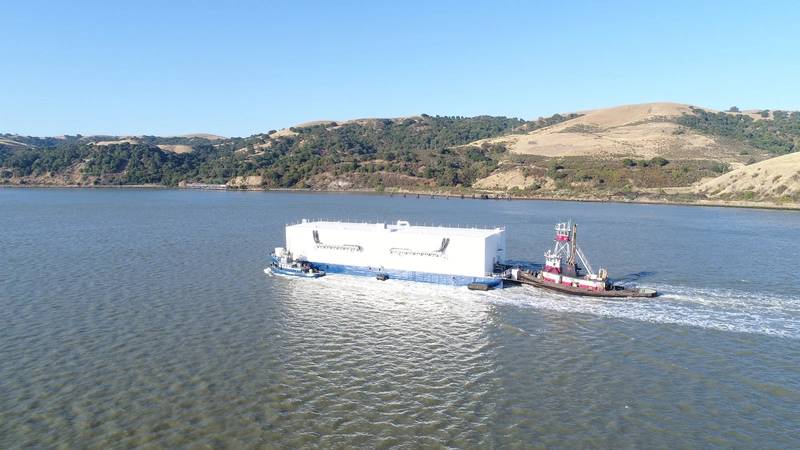 According to Michael Complita, PE – VP Strategic Expansion, EBDG. “From a naval architecture side, I would say in one respect nothing’s really different about this barge from most of the barges out there,” he said, noting that the NDT units are designed and built to ocean marine standards “so that barge can be pulled anywhere on the planet and stand-up to the ocean environment, mobilized and re-mobilized anywhere in the world.” Photo courtesy NDT

Pros & Cons: Water-based v. land-based data centers
Project Nautilus is the first commercial waterborne data center, commissioned in December 2020 and located in the Port of Stockton, Calif. According to Jim Connaughton, CEO of Nautilus Data Technologies, barge-based data centers offer a number of quantifiable business and environmental advantages versus land-based centers. While he discussed the drawbacks, too, he is quick to point out that “our business model was to eliminate the cons.”