Port of Oakland's Beef Exports on the Rise 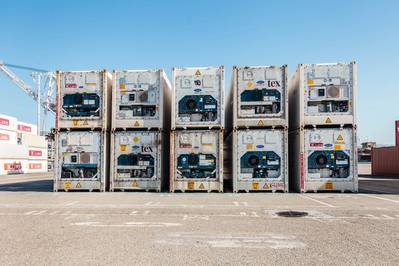 U.S. beef exports through the Port of Oakland have risen sharply this year despite shipping disruptions that have hobbled global supply chains.

According to the port, its beef exports—which are almost exclusively bound for Asia—increased 25% between January and July.

“Demand for high-qualify U.S. meat products is off the charts,” said Port of Oakland Maritime Director Bryan Brandes. “We’re in the best position to help American exporters meet that demand.”

According to data released today, Oakland exported the equivalent of 25,200 20-foot containers (TEU) of beef through July, up from 20,100 TEU for the same period last year. The port estimated the total value of beef exports at $1.5 billion in the first seven months of 2021.

Asian markets have received nearly all of the beef exported from Oakland this year as measured by container volume, the port said. The percentage breakdown by country: Japan, 55%; China, (including Hong Kong and Taiwan), 24%; and South Korea, 19%.

The port said soaring demand for U.S. beef in China is driving the export boom. American-produced beef accounts for 5% of all containerized exports to China. COVID-related restrictions on restaurant dining have sparked a jump in Asian retail beef sales, the port explained.

The port said surging beef exports validate its investments in the international cold chain. Oakland has significantly expanded chilled and frozen cargo handling capacity in the past five years. California and Midwest producers ship tons of beef to Oakland in rail cars. Product transfers at the temperature-controlled storage facilities in the heart of the Oakland Seaport to containers, then moves down the street to waiting ships.

Oakland is a principal U.S. gateway for beef exports to Asia. That’s because most ships make Oakland their final North American stop before returning to Asia. Beef spends less time on board a ship if it’s loaded in Oakland rather than at other American ports.

The port credited U.S. beef producers with sustaining the export boom despite shipping woes as shortages of containers and vessel space continue to restrict exports.