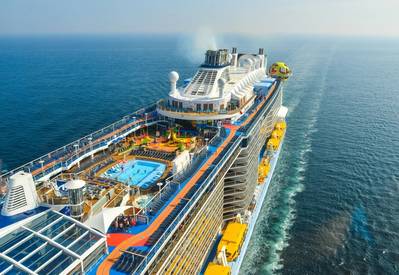 Royal Caribbean Group on Thursday flagged slow summer demand for European cruises due to the Ukraine crisis, after a dull first quarter as it reeled under a resurgence in COVID infections in some parts of the world.

Shares of the cruise operator fell about 5% to $73.87 after Royal Caribbean Group said higher fuel and food costs, spurred by inflationary and supply chain-related challenges, are expected to weigh on 2022 earnings.

The company said while bookings for Europe sailings improved throughout the first quarter, they slowed following Moscow's invasion of Ukraine in late February. Cruises in the Baltic are expected to see the biggest impact.

However, global booking volumes in March and April were significantly higher compared to the same period in 2019, with strong demand for North America-based itineraries.

"Recovery is clearly under way...what the shape of that (recovery) curve looks like for the balance of 2022 will depend on the health of the consumer as it relates to inflationary pressures and impacts from the Ukraine war," said M Science analyst Michael Erstad.

The decision by the U.S. Centers for Disease Control and Prevention (CDC) to remove COVID-19 notice against cruise travel in March, almost two years after introducing a warning scale, is expected to boost growth for cruise companies after a long period of minimal business.

Royal Caribbean Group's revenue rose to $1.06 billion in the first quarter from $42.01 million a year earlier, but missed analysts' average estimate of $1.15 billion, according to IBES Refinitiv data.