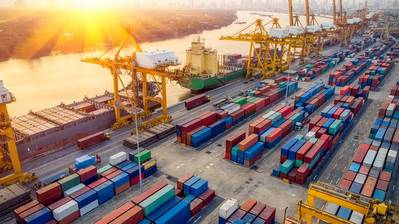 Freight carriers are struggling to deliver goods by land, sea or air as the coronavirus pandemic forces Western governments to impose lockdowns, threatening supplies of vital products including medicines into the most affected areas, such as Italy.

While China's draconian steps to stop the spread of the virus are now allowing its economy slowly to come back online, supply chains are backing up in other parts of the world.

Problems ranging from finding enough truck drivers to restrictions on seafarers and a lack of air freight are hitting the smooth flow of goods, freight logistics operators say.

Stockpiling and panic buying by consumers are also adding to strains.

Companies involved in the transport of goods say the impact is being felt hardest in air freight as more airlines shut down services, adding to difficulties with the transport of key goods such as medicines and perishable foods.

"What you could normally move in two or three days is going to take twice as long - you have to still get it through the airport, you have put it on a truck and get it through borders," Esa said.

One European supplier of active pharmaceutical ingredients used by the industry, who declined to be named, said the business was struggling to get supplies transported by plane.

The U.S. decision to ban foreign visitors has also cut an estimated 85% of U.S. air freight capacity, as vast amounts of goods were transported in the bellies of passenger planes that are now grounded. That has pushing freight costs up five-fold as space for remaining cargo runs is limited, companies directly involved in the trade say.

Goods from Europe are being re-routed through places including Mexico and Canada to the United States, companies say, but that adds time and also comes at a price.

"We have seen the cost on direct services out of Europe to the United States now in the range between 5 to 10 euros per kilo versus less than 1 euro in normal conditions," said Jochen Freese, chief commercial officer with German-headquartered Hellmann Worldwide Logistics.

"It is a considerable increase and I’m sure that some will no longer fly right now and divert to sea freight due to cost. As logistics providers we can’t bear the difference in costs."

Transport across land borders is also slowing down, especially to and from European countries most hit by the virus, such as Italy.

"The industry is struggling to get drivers willing to drive into Italy and collect goods. It is also getting difficult to pick up cargo, because there is no staff in the factories to hand over the cargo," said Hellmann's Freese.

"We have seen added cargo risk costs which means higher payments to drivers to ensure sufficient trucking capacity. I am sure we will see these costs increased."

Highlighting some of the practical challenges, Spanish truck driver Oscar Prieto said drivers were having trouble getting food and using toilets or shower facilities on the road as service stations don't want to serve them.

When they arrive at warehouses or factories, they are also not allowed into installations and have to wait outside while paperwork is done.

"They treat truck drivers like dogs in some places," said the 48 year old, who has worked over two decades as a goods transporter.

Guido Nicolini, president of Italy's confederation of transport and logistics Confetra said its members had experienced problems at some borders, such as Austria, as border controls have slowed down traffic and drivers are only allowed a limited time in some countries.

"We could face new problems due to unilateral actions by some countries, that eventually could lead to supply shortages," said Nicolini.

While truck drivers in Spain are managing to deliver goods like food and medicine, there are more queues at border crossings, said Dulse Diaz, spokesman at the Spanish Confederation of Goods Transporters.

"Perhaps the most worrying problem is that we don't have enough masks and gloves for all the drivers. Although many businesses predicted this situation and put in orders, all production is now destined for hospitals," he said.

Luis Marin, manager at Asociafruit, which represents producers and exporters of fruit, vegetables, flowers and plants in the southern Spanish region of Andalusia, said transporters were already passing on costs to farmers for journeys.

"Normally we send a truck of, say, oranges to Germany and the truck driver comes back with another cargo of anything from ... domestic goods to chairs to compensate the return journey," Marin said.

"But production in many sectors has absolutely dried up. So, there is no return cargo. If the producer has to pay for the two-way journey, costs go up."

Patrick Hasani, chief of staff with Britain's digital freight forwarder Zencargo, said stockpiling of goods by British consumers was requiring an extra 35% of capacity on deliveries from the European Union to keep up with the demand.

"Lead times are also impacted, with up to one day extra delay from products coming from Poland, Germany and France given disruptions and traffic as driver health and cargo come under border scrutiny," Hasani said.

On ocean freight, there are shortages of containers – as many as tens of thousands in Europe and the United States - as shipping lines struggle to send enough equipment after disruption caused by China's shutdown. A shortage of crew for ships is also affecting maritime supply chains.

Guy Platten, secretary general of the International Chamber of Shipping association which represents more than 80% of the global merchant fleet, said ships trying to enter ports around the world had been refused entry, while seafarers currently stuck onboard ships were unable to return home due to difficulties with changing crews.

"We can’t ignore the fact that without crews to man our ships, trade will cease to operate. This means food, medicine and commodities will no longer arrive in ports and people will be directly impacted."